JD Salinger, the author who wrote the book at the center of Mel Gibson’s ‘Conspiracy Theory’ is set to released a new set of books, five years after his death.

JD Salinger, the author who wrote the book at the center of Mel Gibson’s ‘Conspiracy Theory’ is set to released a new set of books, five years after his death.

The NYT is reporting that Salinger kept writing after his “retirement” in 1965 and that five of his later works will be published beginning in 2015. What excites fans is that many of these new works will include some of his classics.

For example, one collection is called, “The Family Glass,” which includes five new stories about the Glass family, Which figured in Mr. Salinger’s “Franny and Zooey.”

Another book to be released will include a previously unpublished story called: “The Last and Best of the Peter Pan,” which will be packaged with new stories about Catcher in the Rye’s Holden Caulfield. Yet another collection being teased is called “Manual.” It is Salinger’s religious philosophy of the Vedanta, “Which with what Mr. Salinger deeply Involved, a novel set during World War II and based on his first marriage, and a novella modeled on his own war experiences.”

All in all, there will be five new books and collections. Salinger had them all written before his death, but had made specific instructions in his will as to when they should be released through his estate.

After his death, the reclusive author still remains as popular as ever. Next month, a new documentary is set to come out about his life. Check out the trailer below: 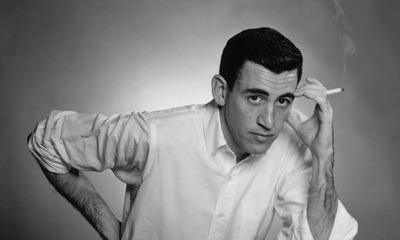