Welcome back for another wrap-up of the week’s zombie news. The Guinness Book of World Records saw the zombie walk record broken this week.

Welcome back for another wrap-up of the week’s zombie news. The Guinness Book of World Records saw the zombie walk record broken this week. The previous record was set last August at the Big Chill Movie Festival in England. The Big Chill event boasted 4,026 zombie walkers. That record was broken July 3rd in Seattle with 4,233 officially registered zombies. The walk also served as a canned food and blood drive. Two separate things, mind you. At least I don’t think you can buy canned blood yet.

The beginning of a new month also saw the launch of a new contest at Zombies & Toys. This first contest is for a set of six zombie shooting targets courtesy of Zombie Ammo. One winner will also receive their choice of a Zombie Ammo shirt in addition to the targets. Keen Wookie readers will recall the mention of a Horror Signs contest as well. That contest is still planned to launch this month and will most likely begin this weekend. Make sure to swing by Zombies & Toys for more info. Speaking of contests… we have our first YouBentMyWookie contest winner! Join me in congratulating Daphne W. of Wichita, KS! Daphne will receive a package of Zombies & Toys swag! Make sure to keep your eyes peeled for another YBMW exclusive contest later this month.

Of course, what’s a week of zombie news without the mention of The Walking Dead? Fans were treated this week to several sets of pictures courtesy of On Location Vacations. The pictures are not official from AMC but do allow us a glimpse as to what’s in store. One set of pics gave us an peek at some events that occurred in the comics between Rick and Glenn. The more we see, the more excited we become. So far, we know the story will be faithful to the books and the casting seems to be spot-on. 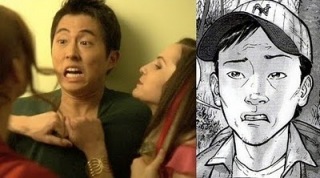 We also learned that although the release date for Capcom’s Dead Rising 2 has been delayed until Sept/Oct, there will be a limited edition available. Similar to Bioshock 2, “The Outbreak Pack” will include an exclusive 12″ zombie figure with accessories and a download code for bonus themed content. We also learned there will be content exclusive to the PS3 and Xbox 360 versions of the game. Don’t get too excited, though, unless you live in Europe. This will be the only place The Outbreak Pack will be available. 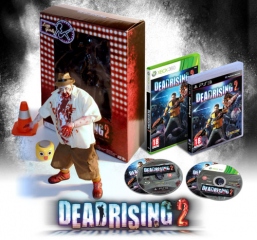 In more game news, it was also released that there is a zombie mode in Skate 3. It seems that more and more game publishers are beginning to figure out that zombies do make everything better. Talk about Skate or Die!

Finally, a buzz is beginning to build around a new movie hitting theaters August 2nd. Who Is Patient Zero looks to follow an infected father and the spread of a disease. Not much else is known about the film but zombie fans all know that “Patient Zero” is always referred to as the initiator of the zombie apocalypse. Keep checking in as we’ll have more news about this one as it’s available. 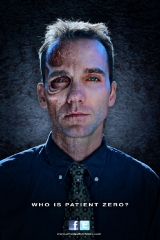 If you can’t wait a full week for your fill of zombie goodness, stop by and join the fun at Zombies & Toys. Until next week, make sure to keep your head and aim for theirs.