If you’ve ever had more than one cat, you know that it is pretty common to have one become a bit of a food thief from the other’s bowl. For most pet owners, the only solution is feeding at different times or in different rooms. It’s a problem we’ve seen with our own friends’ pets. That’s why we decided to check out the Surefeed Microchip Pet Feeder. It is a feeding bowl that can be programmed to recognize your cat’s microchip so that they are the only one who is given access to the bowl. We’ve got to say, we were amazed at the results. In a house where one of the cats had actually become such a food bully where the two pets couldn’t be fed in the same room, the Surefeed was able to save the day. The fix isn’t instant. Your cat has to go through a short orientation program with the bowl to become accustomed to it, but once completed, the cat who had been bullied out of food was soon gaining weight, and the bully cat was locked out of the cat-sibling’s food. We loved this bowl for how much good it actually did for the cats we tested it on. It’s not only a great gift for anyone who has multiple cats, but for single cat owners as well. It’s a great way to let your cat have their food bowl out, without leaving it open to any critters that might be scurrying about.

Get yours today at: Sure Petcare 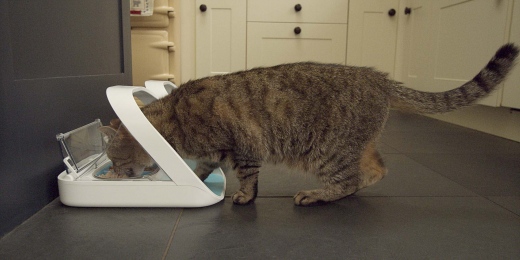 As much as we loved the Surefeed Microchip Pet Feeder, we might love their Sureflap Microchip pet doors even more. Much like the feeders, these doors react to your pet’s microchip so that only the animals you want are allowed to get in and out of your home. That means you can have a cat door without having to worry about getting a raccoon in your kitchen. In fact, you can program these doors to respond to the chips in as many as 32 different pets. We aren’t going to pass judgment on people who actually have 32 cats, even if the idea does make us think of the cat lady from the Simpsons. Just think how much strength she could save if her cats could come and go as they pleased. She wouldn’t have to throw them all the time! Seriously though, if you know anyone who has a pet door, this one is better. If you know anyone who wants a pet door, this is the one they need.

Get yours today at: Sure Petcare 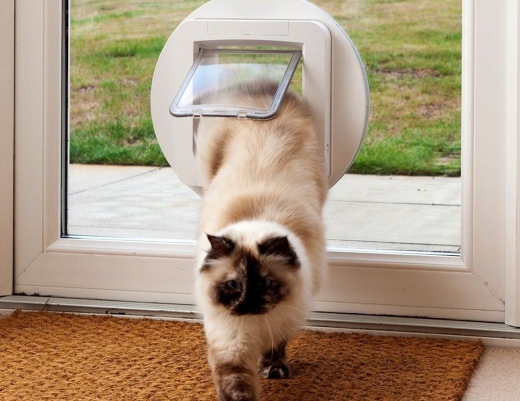 If you know any cat owner who thinks a laser pointer is the coolest thing in the world, you are about to blow their mind! Mousr is the coolest, interactive pet toy we could find this year, and not just because it reminds us of the little, evil robots from Teenage Mutant Ninja Turtles. This Mousr is a fully controllable robotic mouse that toy-driven cats can’t get enough of. You can control the mouse through an app on both Android and Apple phones, steering it around the house and luring your cat into the chase of a lifetime, or you can set it on an automated mode sit back and watch the fun! The Mousr has several different play styles to engage your cat with both the way it rolls around and the way it flicks its tail. We’ve got to say, the tails were so well designed that the cats wanted to play with them before they even knew there was a robot attached! Hands down, the coolest toy you’ll find for a cat this year!

Get yours today at: Petronics 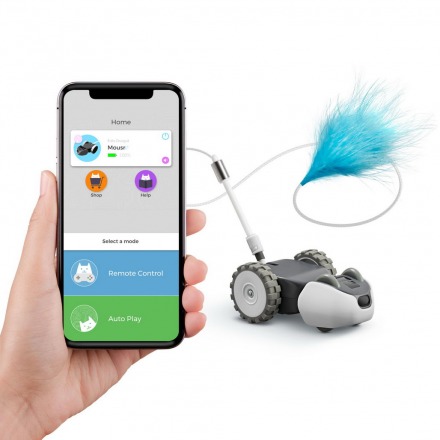