As a huge Muppet fan, I’m beyond stoked about this. The only better news I could hear is if Palisades was resurrected to make them.

There isn’t much you can do to make the Muppets cooler… unless you bring Star Wars into the mix. The episode of the original Muppet Show that features the Star Wars cast is one of the most famous episodes of the whole series. Same can be said of the Star Wars themed episode of Muppet babies. Sadly, up until now, there just hasn’t been a good collectible representation that brings the two together. Sure, a couple years ago there was a PVC set you could buy but it wasn’t anything like this.

Here is the run down of the two-pack figures that are set for series one:
– Kermit the Frog as Luke Skywalker with Miss Piggy as Princess Leia
– Link Hogthrob as Han Solo and Fozzie the bear as Chewbacca
– Beaker as C3PO and Dr. Bunsen Honeydew as R2D2
– Sam Eagle as ObiWan Kenobi with Gonzo as Darth Vader with an accessory Camilla as a Stormtrooper.

As a huge Muppet fan, I’m beyond stoked about this. The only better news I could hear is if Palisades was resurrected to make them. If the line does well it may mean that there could be more series in the future.
What would you favorite Muppet/ Star Wars figure be?

Also, remember that Disney owns Marvel now as well. How long before we see our first set of Marvel/Disney or Marvel/ Muppets figures? 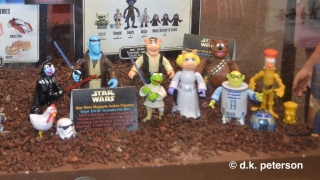 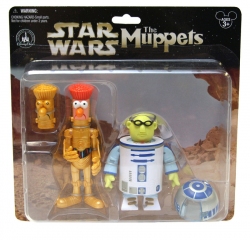 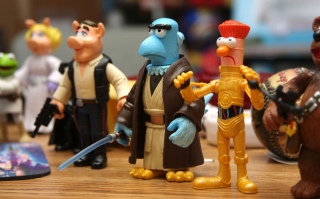