If your Star Wars collection is just limited to what you can buy at Toys R Us and from online companies like Hot Toys and Sideshow Collectibles, you are missing out. Disney Theme Parks is constantly putting out a ton of great new merch that can only be bought at Disney World and Disneyland.

Today, they unveiled their newest collectibles and fans are already going nuts for the new remote controlled Mouse Droid. That’s just the start of it. They’ve also got a blue tooth communicator, both Halloween and Winter R2-D2 exclusive figures, Droid blankets, a basket of Ewoks, and brand new Star Wars Hand Bags from Dooney & Bourke.

If you aren’t near either park, don’t lose heart. You can call the Disney Parks Merchandise Hotline and order anything they sell in the parks over the phone at 877-560-6477. 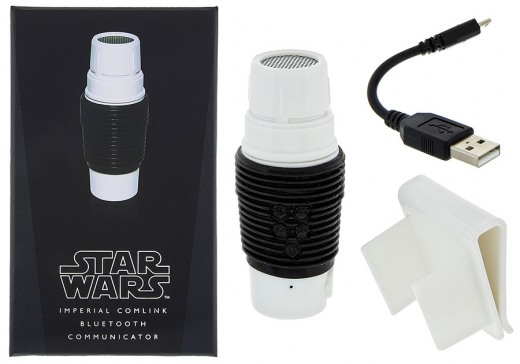 One of the coolest items has to be the Imperial Comlink Bluetooth Communicator. A comlink is a standard handheld communication device used by the Empire. You might recall seeing it used in Star Wars: Episode IV A New Hope when Luke Skywalker communicates from the trash compactor with C-3PO.

This Bluetooth enabled device allows you to take calls and play music when connected to your smart device. It’s rechargeable and comes with a belt clip. 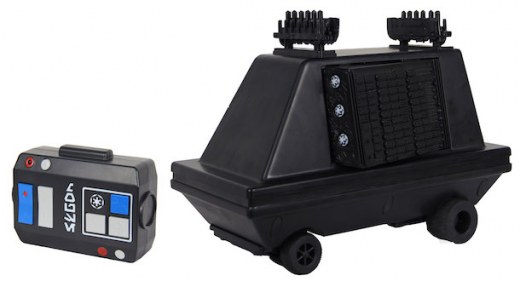 Arriving in mid-December, guests will find a new remote controlled Mouse Droid. You may also recall seeing this droid in Star Wars: Episode IV A New Hope when Chewbacca roars at one while on the Death Star. This remote control droid makes sounds and includes rechargeable batteries. 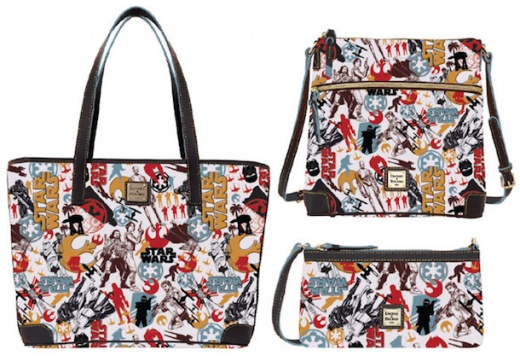 On October 17, Disney will release three new Dooney & Bourke handbags inspired by Rogue One: A Star Wars Story. Look for these handbags in The Star Trader at Disneyland park in California or Legends of Hollywood at Disney’s Hollywood Studios in Florida. 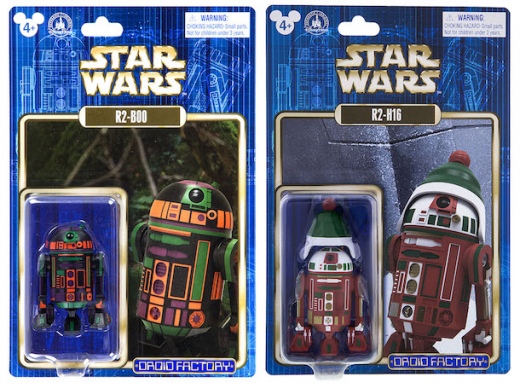 Fans of Star Wars Droid Factory at Disney Parks will find two new carded Astromech droid action figures this fall. The R2-B00 figure is currently available, while the R2-H16 droid will be released during the upcoming holiday season. 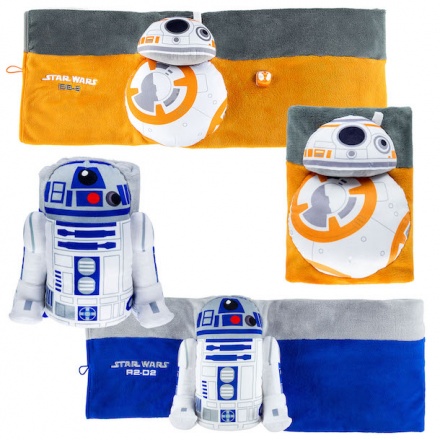 Speaking of droids, guests can keep warm this fall with new blankets inspired by BB-8 and R2-D2. 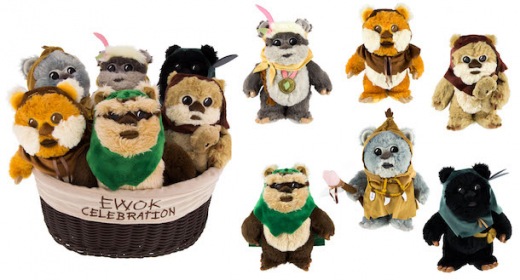 Coming soon to the Disney Parks online store, there will be a second collection of Ewok plush. This collection of six plush includes a variant Wicket, Tokkat, Latara, Widdle, Shodu and Winda. The basket will also have Kaink who will also be released individually at Disney Parks in December.