During one of Marvel’s live Twitter chats, the folks of DST officially revealed their upcoming Marvel Select Avengers Movie Hulk figure. The monstrosity will stand 8.25″ tall and feature multiple points of articulation.

Marvel Select Avengers Movie Hulk is expected to see release sometime in April 2012. Joining Hulk will be a re-release of the Iron Man VI figure from their Iron Man 2 line repacked in Avengers themed packaging. 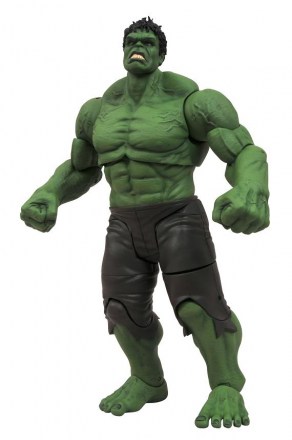