NECA has revealed the line up for their upcoming Gears of War 3 Series 3 that will include the GameStop Exclusive “Journey’s End” Marcus.

NECA has revealed the line up for their upcoming Gears of War 3 Series 3. Similar to the first two series, series 3 will feature a chase Marcus figure with a Gold Retro Lancer. There will be two versions of the Savage Theron, marking the first time a Locust figure was introduced into the series. They will come with a brand new weapon, the Butcher Cleaver. Rounding off the series will be a COG Soldier (shown below as game art).

In addition, the previously announced and canceled GameStop Exclusive “Journey’s End” Marcus will now also be a part of this series as a standard figure. 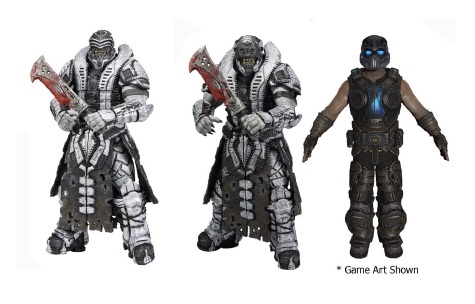 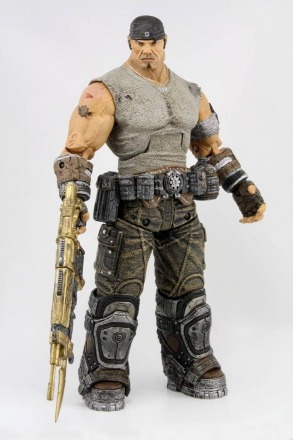