If you thought DST’s Marvel Select Juggernaut was amazing, wait till you see what they have cooking. For the first time ever, here’s your first look at Diamond Select Toys’ upcoming behemoth, Marvel Select Rhino!

Courtesy of MTV Geek, DST has unveiled their upcoming 8″ Marvel Select Rhino. One of Spider-Man’s most deadliest foes, Rhino may official dethrone Juggernaut as one of the most beautifully sculpted figures Gentle Giants has ever done.

Leathery skin and all, the oversized MS Rhino will come with 16 points of articulations. Look for him sometime in early 2013.

If I have one complaint, its that he’s too big to fit in the 6″ Marvel Legends line. While it wasn’t an issue with Juggs, the Rhino may end up being too large. Check out the images below and let us know what you think! 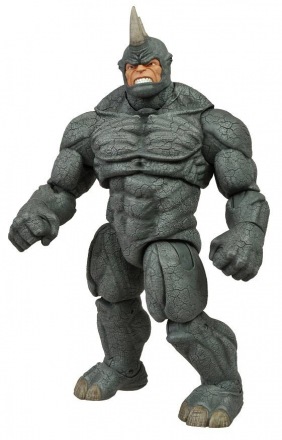 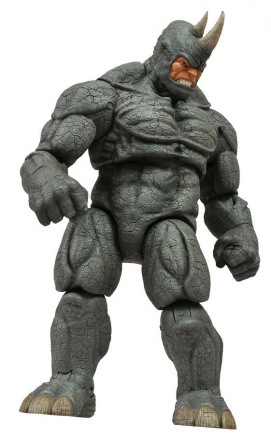