Watch the complete pilot episode for Disney’s Tron Uprising two weeks before it will air on TV!

Official Description:
Beck is a young mechanic living in Argon City, a growing metropolis in a far off corner of the grid that has just been occupied by General Tesler, a henchman of the notorious Clu. After his best friend Bodhi is ruthlessly derezzed by Clu’s army, Beck seeks justice for his lost friend and launches a crusade against the regime. His rebellion captures the attention of Tron, the greatest warrior The Grid has ever known, who sees the potential in Beck and trains him to be his successor. Labeled with the moniker of The Renegade, Beck sparks a revolution to fight for the freedom of The Grid. 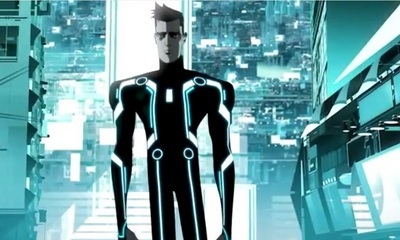