Funko and MINDstyle collectively have created a vast collection of some of the most popular licensed products for Marvel, Star Wars, Disney, Hello Kitty, Disney, Pixar, HBO, Wizards of the Coast, DC Comics, Blizzard, WWE, NFL, NBA and many may more!

MINDstyle and Funko have long been two favorite companies of mine. MD, over at MINDstyle was the man who acted as my sherpa when I first found the art toy movement and he’s been a leader making Pop culture more accessible to everyone for as long as I can remember. Meanwhile, Brian over at FUNKO is just a great guy who has created a company that make toys fans crave l like a drug. Now, the two companies have created a new strategic alliance that will not only mean huge things for Greater China and Southeast Asia, but most likely for the US as well. 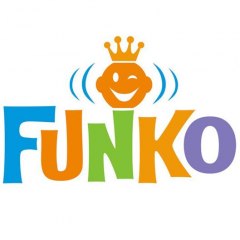 FUNKO, one of the world’s largest designer toy companies, and MINDstyle International, a global creative, development and manufacturing company based in China, announced today an agreement to form a strategic alliance in Greater China and SE Asia.

The new alliance is expected to build on FUNKO’s existing position globally and to create new growth opportunities for FUNKO and MINDstyle in the market. FUNKO is one of the leading players in global designer and art vinyl toy movement. In less than four short years, and over 17 million pieces sold, POP! Vinyl Figures have grown to become the #1 stylized vinyl collectible in the world. Funko and MINDstyle collectively have created a vast collection of some of the most popular licensed products for Marvel, Star Wars, Disney, Hello Kitty, Disney, Pixar, HBO, Wizards of the Coast, DC Comics, Blizzard, WWE, NFL, NBA and many may more!

The alliance and cooperation model are designed to combine the capabilities of both companies in ways that are mutually beneficial to their businesses and customers.

FUNKO will retain creative, marketing and sales responsibilities for its portfolio of iconic collectibles which include their famous Wacky Wobbler Bobble-Heads, to their clever Wisecracks, adorable Mystery Minis and their ultra collectible POP! Vinyl Figures, Funko always adds their unique take to every product they make. MINDstyle brings to the strategic alliance strong product development with POP! Asia and premium product lines, local distribution and a long history of successfully developing “halo” initiatives for the Asia market.

Brian Mariotti, CEO of FUNKO stated: “Greater China and SE Asia are highly attractive growth markets where MINDstyle is well positioned in the creative and manufacturing areas. We’re focused on expanding our premium and collectible business globally through continued investment across our portfolio of licenses, and our alliance with MINDstyle is an important part of our strategy to position FUNKO for sustainable long-term growth in the toy and collectibles market. We believe MINDstyle’s expertise and ability to re-imagine and re-create using their amazing artist relationships for collaborations will drive the continued success of our new expansion “Premium Quality” product lines like Hikari Japanese style vinyl and POP! Asia original intellectual properties.”

Paul Holbrook, President of MINDstyle, stated: “MINDstyle has been actively expanding its business foundation to consolidate its position in growing Greater China and the South-East Asian markets under the direction of our creative visionary and co-founder, MD Young. This alliance with Funko is part of our long term strategic initiative to pursue further growth in the region creating the cool factor. MINDstyle is committed to the “Premium Quality business model together with FUNKO, who are the eclectic purveyors of popular culture selling their collectibles worldwide which makes for a perfect match.”

Since entering the market in 1999, FUNKO continues its tremendous growth and is fast becoming one of the leading toy companies. MINDstyle now celebrating its 7th anniversary has accelerated its global strategy and expanded its product development and manufacturing business in Southeast Asia following the establishment of MCG East.

Funko is a pop culture licensed-focused toy company located in Everett, WA. Funko’s Pop! Vinyl is the number one stylized vinyl collectible in the world with over 17 million units sold in the last three years. Funko prides itself on being purveyors of all things pop culture. Funko has licenses with over 150 television shows, movies, and video game and pop culture titles. For more information, visit www.funko.com.

MINDstyle is a leading brand development and creative house headquartered in China providing product design, manufacturing, in-store branding and visual merchandising along with “halo” initiatives for some of the biggest properties and brands with continued expansion in the Asia marketplace. For information, visit www.mindstyle.com.