Funko makes some great stuff, and when they announced the Marvel Collector’s Corps, I was all in. Granted, they’ve messed up every single order and I’m still waiting to receive anything after six months, but I’m sure they’ll take care of me eventually…

Anyways, they’ve just announced that they’ll be repeating their model of success that has made everyone (who has gotten their toys) very happy, with the release of their upcoming Star Wars Smuggler’s Bounty Subscription Box.

Like with the Marvel Collector’s Corps, the boxes will be bi-monthly and cost $25 apiece. You can also pre pay for a year (like I did) and you will get a special goody at the end of your subscription.

From what I’ve seen from the people who have gotten their boxes, they are pretty cool. They all have at least one exclusive Funko Pop, sometimes 2. They also usually have a smaller toy, a pin, and a t-shirt.

I’d love to buy it, but I’d like to start getting the ones I’ve paid for before I sign on. 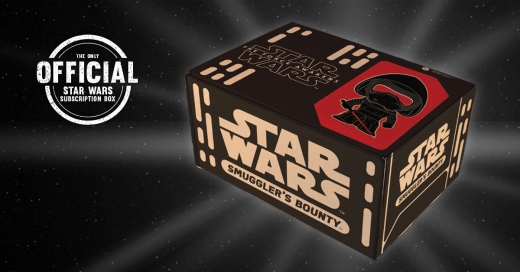