Check out the pics of the great new statue and jumbo Kenner action figure that Gentle Giant has planned for Celebration VI.

If you are heading to Celebration VI at the end of the month, you’ll want to be sure that you head over to the Gentle Giant booth, Booth #521. We just got an email from the GG team showing off the great exclusives that they have for the show this year. If you like the Jumbo Kenner line, you are in luck because they are finally giving you the Lando that you’ve always wanted. Clone Troopers will be thrilled at the Blue Clone Trooper Lt. Statue that has the trooper taking a knee, but not Tebowing. Check out the pics and full descriptions below.

Lando Calrissian Jumbo Kenner Figure – SW Celebration VI 2012 Exclusive – $75
License – Star Wars
Pre-Order Link
Just like they were when you were a kid, only BIGGER! Gentle Giant continues on with their new line of vintage Star Wars Action figure reproductions with the release of Lando Calrissian!!!

Digitally scanned from mint 3 3/4” Kenner originals and reproduced to a substantial 12” tall. Nothing has been overlooked. Roto and injection molded and made of durable plastics, this jumbo figure includes a vinyl cape and blaster, just like the original!

That’s not all, this classic Kenner creation comes packaged on a 1981, Star Wars: The Empire Strikes Back inspired blister card, featuring original front, in a re-sealable plastic outer clam shell to help protect and display! 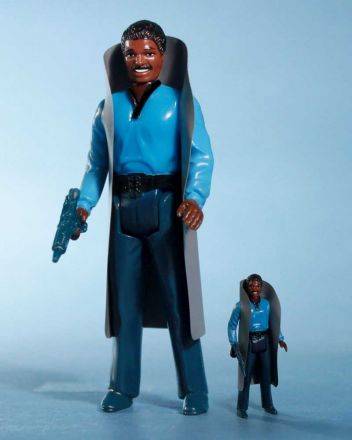 Blue Clone Trooper Lieutenant Statue – SW Celebration VI 2012 Exclusive – $200
License – Star Wars
Pre-Order Link
Cloned and specially trained as officers on the watery world of Kamino, the clone trooper lieutenants served in the Grand Army of the Republic during the Clone Wars conflict. The rank of clone trooper lieutenant is recognized specifically by blue markings on the helmet and torso. Superior training and an unwavering loyalty to the Galactic Republic made the clone troopers the most efficient military forces ever to have existed in galactic history.

This highly-detailed statue, based on the original Lucasfilm costumes and props, was sculpted and painted by Gentle Giant Ltd. We hope you enjoy it. 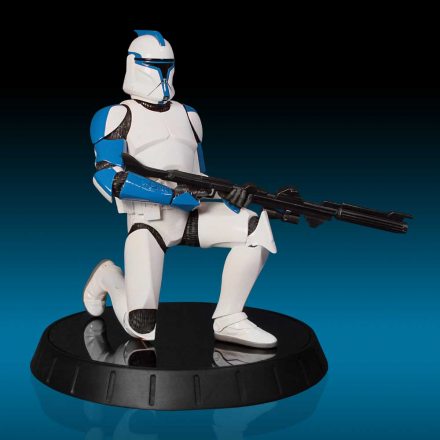