The uncredited image gives us a look at the new 6″ super articulated Marvel figures in their new colorful packaging as well as the two variants – Stealth Iron Man and Orange Flame Ghost Rider.

Normally when the figures show up overseas, it’s a positive indication that they’ll be appearing state wise in a matter of weeks. So if the trend continues, Hasbro’s Marvel Legends Series 1 should appear in online and in retail sometime in late January 2012! 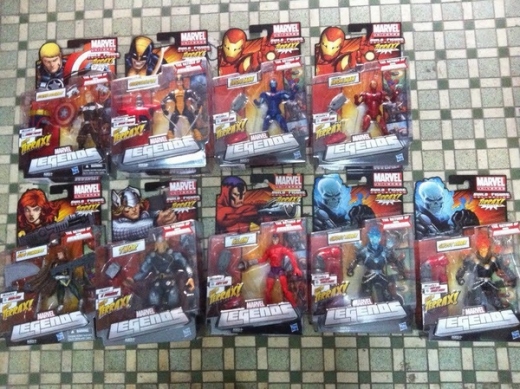