Black Panther, one of the movies released by Marvel Studios earlier this year, keeps smashing records and exceeding the box-office and expectations. The Princess of Wakanda, Shuri, is the leader of the Wakandan Design Group responsible for developing this African Nation’s modern technology. When the young King T’Challa is drawn into a conflict that puts his homeland Wakanda and the entire world at risk, Shuri has proven herself a great backup on creating new security system and weapons, including the Panther Habits and her cool looking panther-like gauntlets.

Beautifully crafted based on the appearance of Letitia Wright as Shuri in the movie, the highly-accurate collectible figure features a newly developed head sculpt with detailed hair sculpture, a newly developed body, an adorned elaborate new battle suit and neck ring, a Wakandan pattern sash, a wide range of weapons and accessories including a pair of LED light up Vibranium Guantlets, a spear, a Kimoyo Beads bracelet and a movie-themed figure stand!

Gear up now to defend Wakanda with Shuri and her eye-catching weapon! 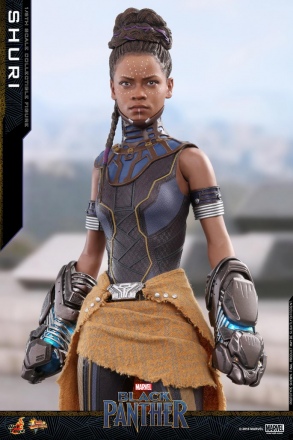 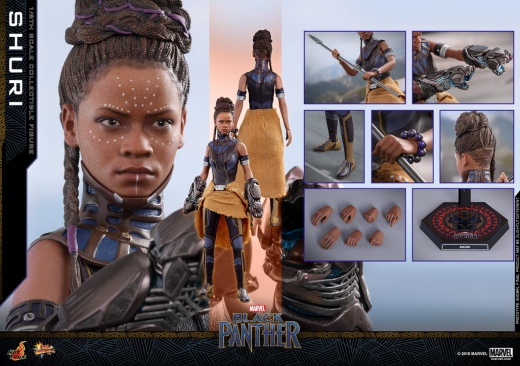