Is it just me, or does the Ultron Prime head look a lot like Marvel’s Deathshead?

I am not going to pretend that I don’t think Ultron Prime is cool looking. I think that they did an amazing job designing him. Here’s what I will say on the matter. For some reason, I feel more of a connection with the lesser Ultrons. They look more like “my” Ultron. Know what I mean? Also, is it just me, or does the Ultron Prime head look a lot like Marvel’s Deathshead? Regardless… he’s still cool as hell. Check out the new figure from Hot Toys. 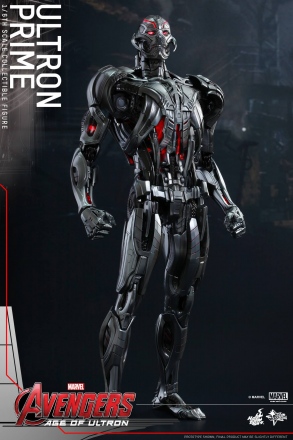 Since the first official release of Marvel’s Avengers: Age of Ultron trailer, the film’s titular villain Ultron’s menacing appearance and memorable speech has grabbed many fans’ attention and left wondering how the Earth’s mightiest heroes can stand up against this highly dangerous robot and its large army.

With the epic blockbuster just few short months away from hitting theatres worldwide, Hot Toys is very excited to “show you something beautiful” today, the 1/6th scale Ultron Prime Collectible Figure, that many fans and collectors have eagerly awaited to see!

This threatening villain will have great presence in your Avengers: Age of Ultron collection! 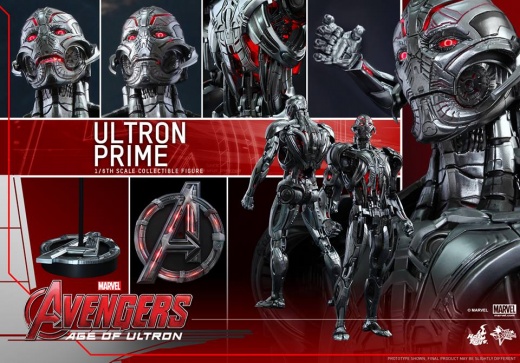