If Jill Valentine Sounds Familiar, but Biohazard 5 doesn’t, that’s because in the US, we know her as the main female from Resident Evil. 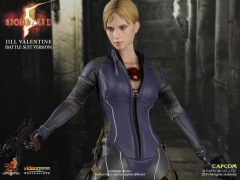 – Approximately 28 cm tall
– TrueType body with over 30 points of articulations
– Real-like hair sculpture with ponytail
– Two (2) pieces of interchangeable gloved palms including:
– One (1) pair of relaxed palms
– One (1) pair for holding guns
– Each piece of head sculpt is specially hand-painted 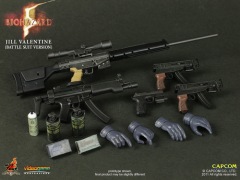