The Iron Man Mark III has always been a popular and favorite armor among fans with its look resembling the Iron Man design from the comics! Throughout the Marvel Iron Man comics, Tony Stark has used stealth armor for various missions where covertness is top priority, and now Hot Toys is bringing one of this timeless stealth mode color design to the popular Mark III.

Today, Hot Toys is excited to introduce the new 1/6th scale Iron Man Mark III (Stealth Mode Version) collectible figure to our MMS Diecast Series as the 2015 Summer Exclusive item! The collectible figure is made of diecast material to give the suit an even more realistic and metallic touch!

This collectible figure will surely stand out among your Iron Man collection! 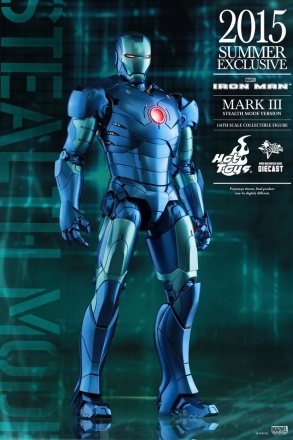 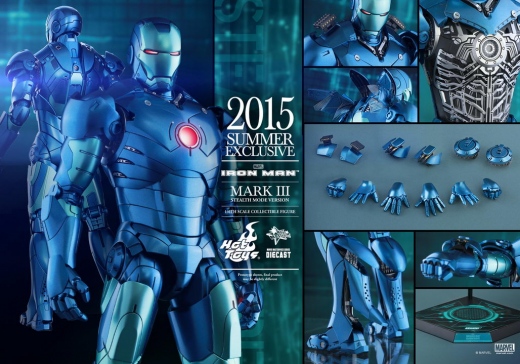