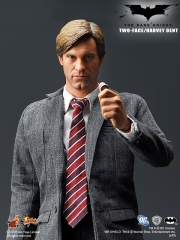 “I guess you either die a hero or you live long enough to see yourself become the villain.”

The seventh collectible from The Dark Knight movie, Two-Face stands approximately 12 inches tall and features more than 32 points of articulation, it also features: