In a world of plastic, Jada Toys is working hard to bring metal toys back to the mainstream and their Nano Metal line might just be the thing to do it!

There are two areas of collectibles that have always fascinated me more than any others: Die Cast and miniatures. Growing up, I was addicted to Star Wars Micro Machines, Matchbox, and Mighty Max. As I got older, I got into companies like Code Three and Corgi, but the problem was that more and more toys were shifting over to plastics, and the cost for die cast toys was getting out of hand.

Over the last year or so, I’d noticed that Jada Toys had shifted from just focusing on die cast cars to also releasing a line of stylized metal figurines, some of which included features like light up eyes. What caught my attention was two things. First, they were solid metal at very reasonable prices. Second, the relatively young line looked like it could be a potential competitor for my least favorite toys currently on the market: Funko Pop! figures. Those little plastic toys are everywhere and, for the most part, they all pretty much look the same to me. 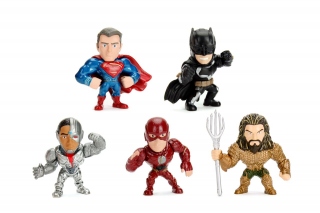 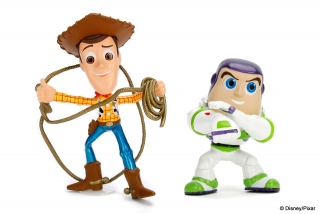 When I was in high school, I worked in a small toy shop during the height of the Beanie Baby craze. Pop! figures have that same fad vibe where we are all going to be finding them in a Tupperware bin for $1 a piece at someone’s garage sale. Meanwhile, I’m seeing these metal figs popping up from for Marvel, DC, and other licenses and I felt like there was something more permanent to them. People just don’t throw away metal like they do plastic. It feels better in your hands, and the stylized sculpts they were creating had a lot more character than what I was seeing from Pop! figures. What really ended up blowing my mind is that they were only a dollar or two more than Pop! figures.

That’s brings us to this summer, when I caught my first glimpse of Jada’s Nano Metal Figs at Walt-Mart. Tiny figures were only 97 cents a piece and they had them for everything from Marvel and DC to Harry Potter, Disney, WWE, and even Street Fighter 2. They even had play sets you could buy for their Harry Potter and DC lines that were more detailed than most of what you’ll see from Hasbro and Mattel. I wanted to learn more about the new figures and what they were doing to bring metal toys back to the people, so I reached out to the folks at Jada Toys. 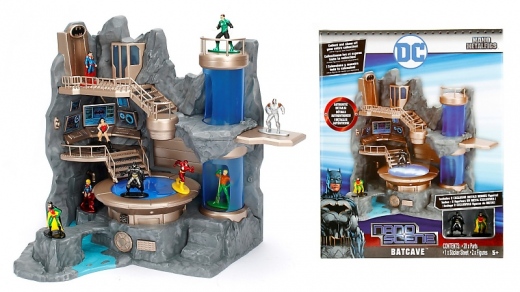 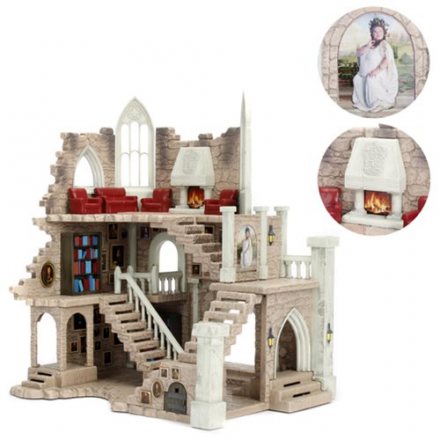 YBMW: Jada Toys has always made its mark in the die cast car part of the toy industry. What was it that convinced you to make the leap to metal figures?

Jada Toys: We have industry leading die cast competencies and seeing the trends in the marketplace around collectible figures and thinking of our own youth and the metal figures we grew up playing with and collecting, we strategically decided to expand our products to fulfill a need in the collectibles market we didn’t see being met. Our first step was our Metals Die-Cast stylized figures in 2.5”, 4” and 6”. We’ve now introduced the Nano MetalFigs line of 1.65” non-stylized figures and 12” diorama sets. The expansion won’t stop there as we have some exciting new items coming to market soon. 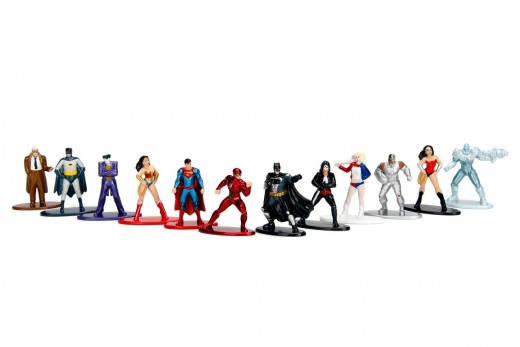 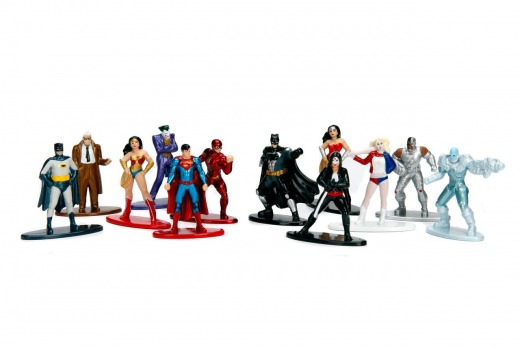 YBMW: How have you managed to keep the prices as low as you have on the Metals, and how is it possible to offer the Nano Metalfigs for less than a buck?

Jada Toys: Our big success in die-cast vehicles provides us knowledge and efficiencies, so our sourcing and purchasing of materials allows us to maximize our investment and pass along those savings to the consumer. Equally important is the attention to detail our factories put into each product Jada makes. By providing excellent products at compelling prices, we want consumers to be able to buy deep into our lines without having to go deep into their pockets.

YBMW: Are there any upcoming licenses you can announce?

Jada Toys: Look for Nano MetalFigs from Walking Dead, Halo, and Nick 90’s. More to come, keep an eye on our Instagram account for announcements. @metals_diecast

YBMW: Will you ever do fan choice polls to help choose new characters within licenses?

Jada Toys: Yes! We encourage fans to follow us on Instagram and send us comments @metals_diecast. We regularly give away free product too.