Here’s your first look at the AMC versions of “The Walking Dead” toys for Rick Grimes, Daryl Dixon and the zombies.

We already showed you the comic book action figures for The Walking Dead. Now you can get your first glimpse of what the TV AMC versions of the toys for Rick Grimes, Daryl Dixon and the zombies look like. The first set of TV figures for “The Walking Dead” include four figures, each with multiple points of articulation and actor likeness: Rick Grimes, Daryl Dixon, The Lurker Zombie and The Biter Zombie.

To make the figures McFarlane Toys used 3D Scans of the actors when possible to make them as accurate as possible. They also went the extra mile with accessories. Daryl Dixon not only comes with a cross bow, but he’s also got a hunting knife, fire axe, pick axe and a tasty looking string of squirrels. 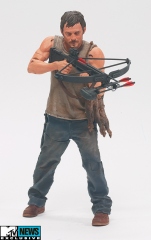 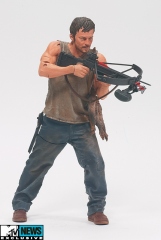 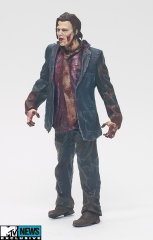