“Its hard to find someone whose life has not been touched by cancer” says Mezco’s Director Of Special Projects, “so when Mezco heard about FX’s Vinyl Jam and the funds it would raise to help fight cancer, we immediately wanted to participate!

New York- Toy Fair 2009 was abuzz with excitement when Mezco Toyz announced that their popular Mez-itz line, first introduced as 2.5inch figures in 2002, would be resized into 6inch vinyl figures. Although the first of these new deluxe Mez-Itz will not be available until July, fans designer vinyl toys are in for a very special treat this April.

In cooperation with the twentieth annual FX Show, Mezco Toyz will supply one hundred and fifteen artists with specially made, six inch tall, blank Mez-Itz designer vinyl figures to customize as part of the FX Vinyl Art Jam. Each artist will have 90 minutes to customize their bare Mez-Itz figure.
The completed figures will then be displayed and voted on by show attendees with prizes awarded to the “fan-favorites”. On Sunday April 19th, the figures will be auctioned to benefit the American Cancer Society. Interested bidders will be able to participate both in person or online.

“Its hard to find someone whose life has not been touched by cancer” says Mezco’s Director Of Special Projects, “so when Mezco heard about FX’s Vinyl Jam and the funds it would raise to help fight cancer, we immediately wanted to participate!
Our new Mez-Itz are the perfect medium for an art event like this, and although they don’t officially debut until July, a cause as important as this made it easy to justify ramping up production to make the needed figures.”

Although the list of participants is still being finalized, the list may include such talented artists as: Michael Golden, Oliver Coipel, Mark Texeira, Jim Cheung, Greg Horn, Michael Oeming, “Mez” Markowitz (President of Mezco), Damien Glonek, Mike Gorilla Pasquale, and Pierre “Airmax” Kalenzaga, along with many others.

For further info on the FX Show visit http://www.fxshow.com/

About Mezco Toyz:
Mezco Toyz is an experienced developer and manufacturer of action figures, toys, and collectibles, and has created figures for such high-profile licenses as Little Big Planet, Goosebumps, The Wolfman, Heroes, The Spirit, Hellboy 1 & 2, Cinema of
Fear, Family Guy, South Park, Animal House, Blues Brothers, Scarface, Under Dog, King Kong, The Goonies, and Edward Scissorhands among others. For more information, visit www.Mezcotoyz.com. 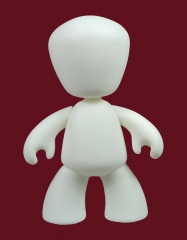 Also,
As we’ve mentioned before, FX will be hosting the US Launch of Disney’s STITCH EXPERIMENT 626 PROJECT Custom Art Tour which is being produced by MINDstyle and sponsored by Vinylpulse.com.

This year we have gone all-out to bring you some of the most popular Urban Vinyl artists in the world. Ron English, Buff Monster, Angry Woebots, kaNO, and Peekaboo Monster will actually be at FX meeting fans and signing autographs. There will also be a panel discussion, live body painting exhibitions by Ron English and Buff Monster, and live painting exhibitions by kaNO, Angry Woebots, and Peekaboo Monster. Attendees will also have a chance to purchase limited Exhibition exclusive 5″ minis of the Stitches created by our attending artists.