Mezco To Release Living Dead Dolls Based On The Classic Horror: PSYCHO

Norman Bates as Mother will come with a removable wig and, just as he did in the film, Norman is wearing pants underneath Mother’s dress. As would be expected, a knife is included.

New York- Don’t tell Mother, but Mezco has a secret….Psycho’s Norman Bates as Mother and Marion are the latest addition to the Living Dead Dolls Presents series. 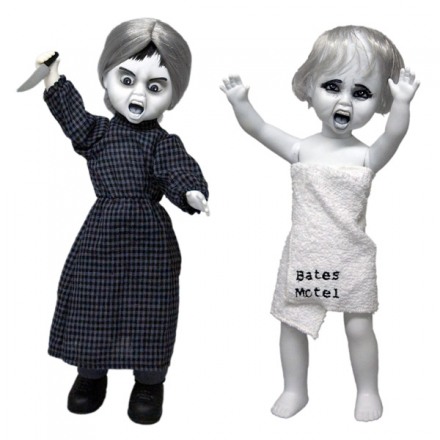 Nominated for a quartet of Academy Awards, the psychological thriller Psycho not only changed the world of horror, but how movies are marketed as well. The “shower scene” has become iconic in pop culture and is often regarded as one of the most terrifying scenes ever filmed.

Norman Bates as Mother will come with a removable wig and, just as he did in the film, Norman is wearing pants underneath Mother’s dress. As would be expected, a knife is included.

“To be able to transform these iconic characters into Living Dead Dolls is both a thrill and an honor” reported various members of Mezco’s award winning design team, “We’ve watched the film hundreds of times, studied stills, and looked at the artifacts in Universal’s archives. We’re confident Hitchcock himself would be pleased with the final result!”

Each doll is individually packaged in their own window box featuring art from the award winning film. Living Dead Dolls Presents Psycho checks in October 2013…make your reservation today!

About Mezco Toyz:
Mezco Toyz LLC, specializes in the design, manufacture, and marketing of toys and collectables for all ages. A design-driven company that continuously thinks outside the box, Mezco is a leader in collectable action figures, doll manufacturing and marketing. Creators of brands such as Living Dead Dolls, Hoods, Creepy Cuddlers, Mez-Itz and more, Mezco also produces many of today’s most popular collector-friendly licensed products including: South Park, Hellboy, Popeye, Family Guy, Scarface, DC Universe, Little Big Planet and Thundercats to name a few. With a consumer outreach that is comprised of wholesale, distribution and direct to consumer networks; Mezco’s product placement abilities span worldwide. The award-winning company has offices in the United States as well as in Hong Kong, overseeing all aspects of design, marketing and manufacturing. 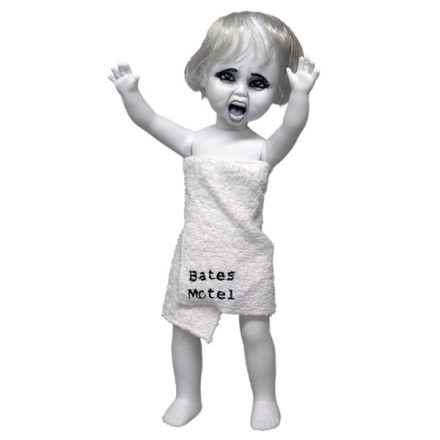 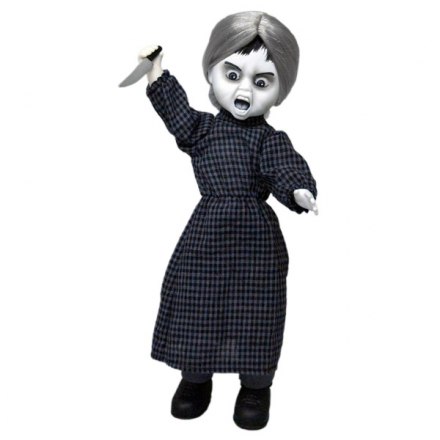