What began as a simple tale became an award-winning comic, and upcoming animated tv series on Fox, and now makes the leap to super cool collectible with Axe Cop 4inch Scale Figures Series 1! 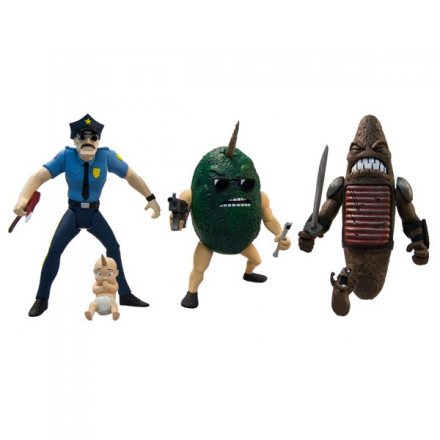 New York- He’s a cop…with an axe…he’s AXE COP!
He’s the best crime fighter the world has ever known thanks to his trusty axe, his pet T-rex, Wexter (with maching gun hands!) and a group of crime-fighting partners unlike any you’ve ever seen!

Axe Cop is the internet comic sensation based on a story a five year-old boy narrated to his twenty nine year old brother, who happens to be an illustrator. What began as a simple tale became an award-winning comic, and upcoming animated tv series on Fox, and now makes the leap to super cool collectible with Axe Cop 4inch Scale Figures Series 1!

Series 1 contains:
Axe Cop -The star of the show, with axe, poopsucker gun (to help him conquer Planet Poop), Uni Baby, and lemon grenade (all the explosive power of a regular grenade but with a lemony freshness).
Dr Doo Doo- One of Axe Cop’s many arch enemies, with Doo Doo soldier, and sword. Also includes clear stands to create the “hover” effect.
Avocado Soldier – Axe Cop’s metamorphosing partner, with flute, machine gun, and removable unicorn horn (for magic powers, of course).

Ethan Nicolle, the artist behind Axe Cop, says: “Mezco worked closely with us to make the toys faithful to the comics and to pick the fan favorites. Many of the toys look so much like my drawings in three dimensions it’s almost spooky…I’m excited to have Mezco making Axe Cop toys because they walk a great line between toys to look at and toys to play with. Axe Cop is for kids and adults and I think Mezco nails that market with their intricate but not-too-fragile designs. ”

All Mezco Axe Cop figures feature up to five points of articulation.
Each figure is individually packaged in a display friendly blister package covered with Axe cop artwork.

Look for Axe Cop Series 1 and Axe Cop Deluxe Figures at Toys”R”Us and other fine retailers!

Axe Cop chops his way into stores in October 2013.

About Mezco Toyz:
Mezco Toyz LLC, specializes in the design, manufacture, and marketing of toys and collectables for all ages. A design-driven company that continuously thinks outside the box, Mezco is a leader in collectable action figures, doll manufacturing and marketing. Creators of brands such as Living Dead Dolls, Hoods, Creepy Cuddlers, Mez-Itz and more, Mezco also produces many of today’s most popular collector-friendly licensed products including: South Park, Hellboy, Popeye, Family Guy, Scarface, DC Universe, Little Big Planet and Thundercats to name a few. With a consumer outreach that is comprised of wholesale, distribution and direct to consumer networks; Mezco’s product placement abilities span worldwide. The award-winning company has offices in the United States as well as in Hong Kong, overseeing all aspects of design, marketing and manufacturing. 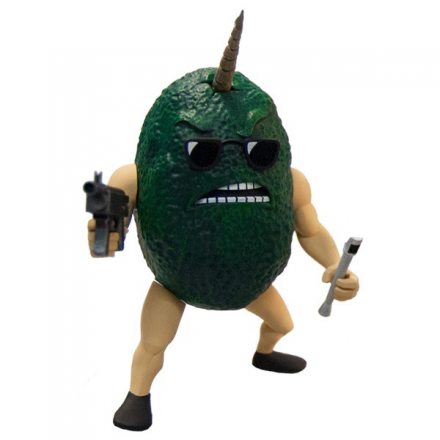 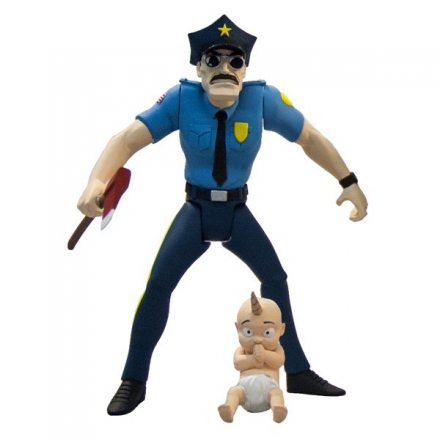 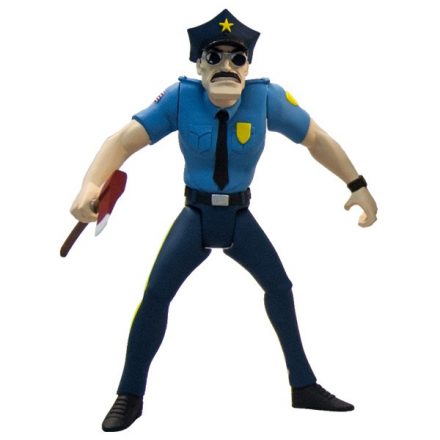 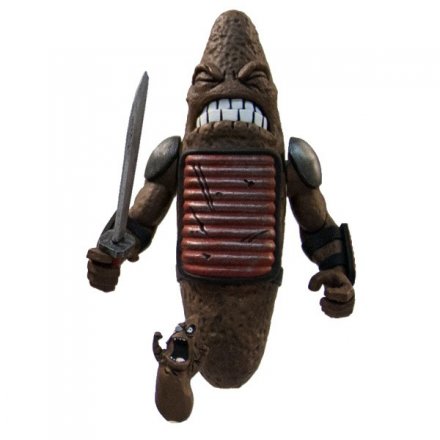 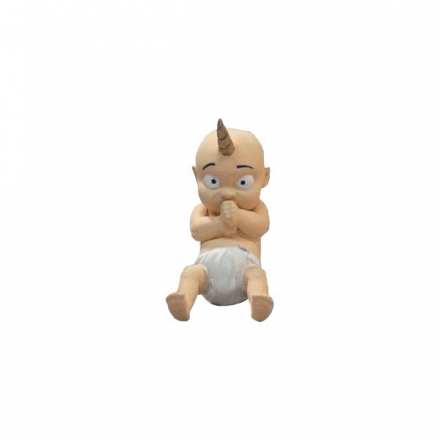