Imhotep, the iconic terror from the beneath the sand is presented in glorious black and white, just as he was in the terrifying 1932 classic film.

New York- Buried beneath the sands of time he rested, until he was awoken by Mezco’s award-winning design team. Now, Mezco proudly presents…The Mummy!

Imhotep, the iconic terror from the beneath the sand is presented in glorious black and white, just as he was in the terrifying 1932 classic film. One of the most limited Universal Monsters ever produced by Mezco, he is an edition of only 250 pieces worldwide. Will he protect those lucky 250 from the curse of Amon-Ra? Only time will tell.

He stands 9″ tall and captures the intricate detail of each ancient bandage: from his mysterious eyes, to his legendary scarab ring. With 11 points of articulation he’ll be able to take out any explorer who dares to come between him and his tana leaves. He is packaged in a full color, collector-friendly window box.

This Mezco Exclusive is a Limited Edition. A select number of collector’s items will be available online at http://www.mezcotoyz.com/exclusives/ , beginning August 22nd. Don’t delay because once they are gone, they are gone forever! 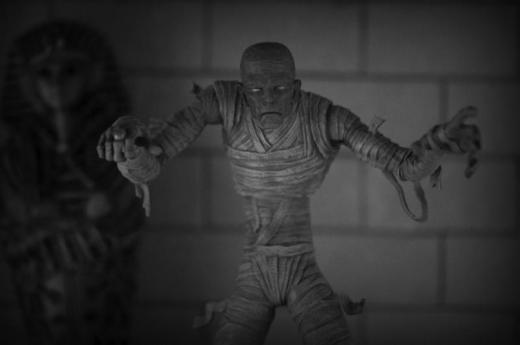 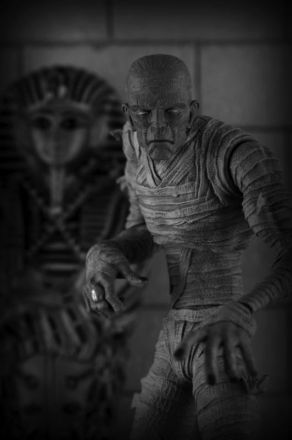 Be sure to visit Mezco at New York Comic Con at booth 1855.
Not attending? Follow the excitement on Facebook
https://www.facebook.com/MezcoToyz