The Mez-Itz line will feature the likeness of the actors from the series such as Adam West and Burt Ward, famed for their iconic portrayals as the dynamic duo, Batman and Robin. 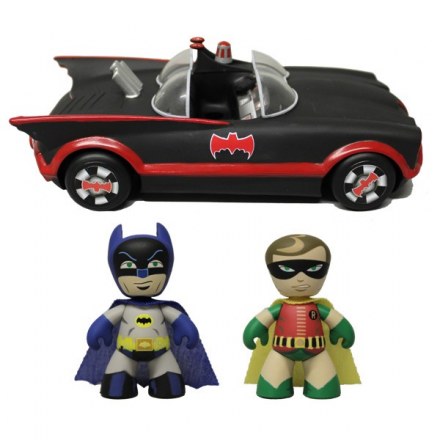 The Mez-Itz line will feature the likeness of the actors from the series such as Adam West and Burt Ward, famed for their iconic portrayals as the dynamic duo, Batman and Robin. Mezco’s Mez-Itz line will also debut the Batman Classic TV Series toys, including the Batmobile.

Mezco will be revealing these new products to the general public for the first time on Tuesday June 25, from 11am-1pm at the famous Ripley’s Believe It Or Not Odditorium on 42nd Street in New York City(http://www.ripleysnewyork.com/).

The first 200 people to come view the display dressed as their favorite Batman Classic TV Series character will each receive a free Mezco DC Universe Mez-Itz, as well as a discount for entry into the Odditorium.

The Mez-Itz will be delivered to Ripley’s Odditorium in a life size Classic TV style Batmobile, similar to the one seen in the Batman Classic TV Series, which will remain parked outside from 11am-1pm. Photos and video are welcome!

Mezco will be producing Mez-Itz not only of Batman and Robin, but also of their famous Rogues Gallery as well: The Penguin, The Joker, Catwoman and The Riddler. Every Super-Villain needs a henchman, so naturally Mezco will also produce The Riddler’s Thug, inspired by the original show.

Mezco’s first wave of Batman Classic TV Series products will hit stores in July 2013, a sneak preview will be available at San Diego Comic Con at Mezco’s booth 3445 as well as online at http://www.mezcotoyz.com/exclusives/

About Mezco Toyz
Mezco Toyz LLC, specializes in the design, manufacture, and marketing of toys and collectables for all ages. A design-driven company that continuously thinks outside the box, Mezco is a leader in collectable action figures, doll manufacturing and marketing. Creators of brands such as Living Dead Dolls, Hoods, Creepy Cuddlers, Mez-Itz and more, Mezco also produces many of today’s most popular collector-friendly licensed products including: South Park, Hellboy, Popeye, Family Guy, Scarface, DC Universe, Little Big Planet and Thundercats to name a few. With a consumer outreach that is comprised of wholesale, distribution and direct to consumer networks; Mezco’s product placement abilities span worldwide. The award-winning company has offices in the United States as well as in Hong Kong, overseeing all aspects of design, marketing and manufacturing.
About Warner Bros. Consumer Products
Warner Bros. Consumer Products, a Warner Bros. Entertainment Company, is one of the leading licensing and retail merchandising organizations in the world.
About DC Entertainment
DC Entertainment, home to iconic brands DC Comics (Superman, Batman, Green Lantern, Wonder Woman, The Flash), Vertigo (Sandman, Fables) and MAD, is the creative division charged with strategically integrating its content across Warner Bros. Entertainment and Time Warner. DC Entertainment works in concert with many key Warner Bros. divisions to unleash its stories and characters across all media, including but not limited to film, television, consumer products, home entertainment and interactive games. Publishing thousands of comic books, graphic novels and magazines each year, DC Entertainment is the largest English-language publisher of comics in the world. In January 2012, DC Entertainment, in collaboration with Warner Bros. and Time Warner divisions, launched We Can Be Heroes-a giving campaign featuring the iconic Justice League super heroes-to raise awareness and funds to fight the hunger crisis in the Horn of Africa.

BATMAN and all related characters and elements are trademarks of and © DC Comics.
(s13) 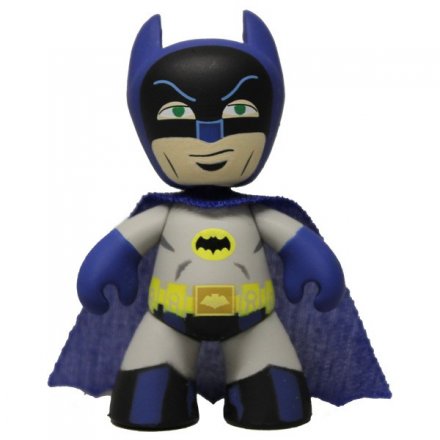 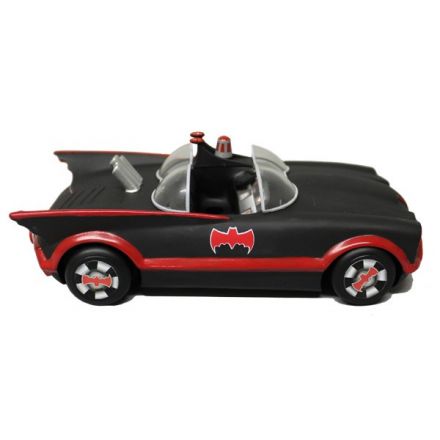 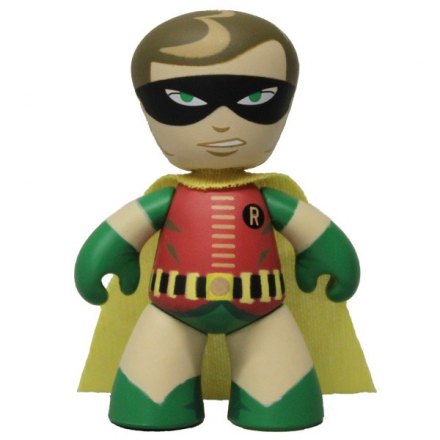