This is a figure that you can’t refuse.

MINDstyle Toys just announced the next amazing collectible from the Godfather of Vinyl himself, Michael Lau. The subject of the piece is probably the most iconic character that he’s ever worked on, Vito Corleone, The Godfather.

We introduce another new chapter in Michael Lau’s vinyl toy history. Here’s a first look at the early sculpting of The Godfather Original (marionette) version. As the first collectible figure being launched as part of MINDstyle’s new (ATC) art toy collectibles line, the style and approach is similar, yet unique to his Gardener figures.

In seldom released photographs, these early pre-production shots provide insights to the highly anticipated figure. With this being vinyl and an art toy, it actually provides for a more stylized approach.

The task presented by Paramount Licensing was to create an interpretation that would translate well as vinyl. Michael was given the freedom to create his vision with the approval of the estate for the iconic character. What many do not realize is Michael Lau is one of the very few artists that actually does all of his own sculpts, resins, paint masters, packaging designs and oversees his productions from start to finish. The 8 inch tall figure (over 12 inches with the marionette) is now in the later stages of development at the factory. 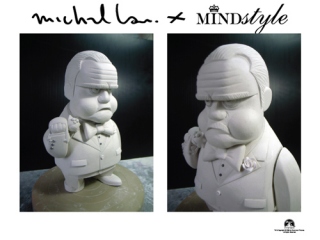 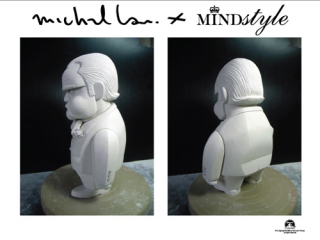 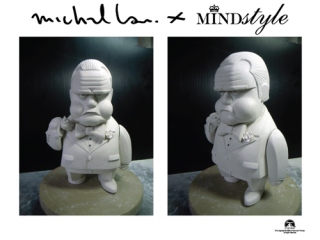