A new look at Hasbro upcoming Marvel Universe Wave 13! Fans can expect these to hit retail shelves sometime in March/April!

Courtesy of Entertainment Earth, we have a new stock image for Hasbro’s upcoming 13th wave of their popular and highly collectible Marvel Universe action figures. They were first shown off at the New York Toy Fair 2010, and they’ll be on display again this month when Toy Fair 2011 rolls around in a few weeks. Fans can expect these to hit retail shelves sometime in March/April!

The new figures included in this wave are: 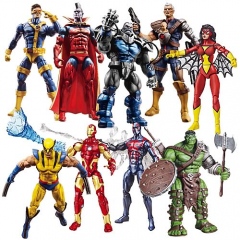