With some of Hasbro’s Black series, like the TRU exclusive ATST clocking in at nearly $100, these new Star Wars Model Kits from Bandai are looking better than ever.

Hasbro has been doing a decent job of holding down the fort with the Black series, but with some of the pieces, like the TRU exclusive ATST clocking in at nearly $100, these new Star Wars Model Kits from Bandai are looking better than ever. Check out the info on prices and new pics below. Also be sure to check out the video from the All Japan Model and Hobby show to see more of what’s on the horizon.

This fully articulated Darth Vader figure will include interchangeable hands, a removable helmet, a lightsaber hilt and a fully extended lightsaber. Darth Vader’s cape is also movable and it will include a display base.

The second fully articulated Star Wars model kit from Bandai will include multiple swappable hands, numerous weapons and a removable holster. Like the Darth Vader, this will also include a display base.

This scaled model kit of Darth Vader’s TIE Fighter will include two 1/72 scaled Darth Vader figures. One will be a seated figure for display inside the TIE Fighter, and one is a standing figure for display outside the vehicle. The cockpit will include two types of removable display windows. Also included will be a Death Star panel display base, laser effects and more.

The X-wing will include two unnamed pilots. Like the TIE Fighter, there will be a standing and seated version. However, the X-Wing will also include slightly poseable versions of R2-D2 and R5-D4. Other accessories include proton torpedoes, a clear and smokey canopy window, a Death Star Surface display base, as well as a Death Star Exhaust Port display piece. 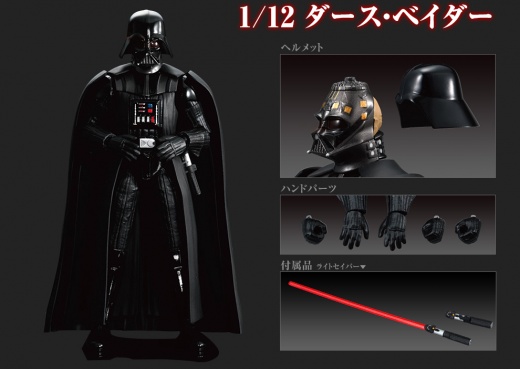 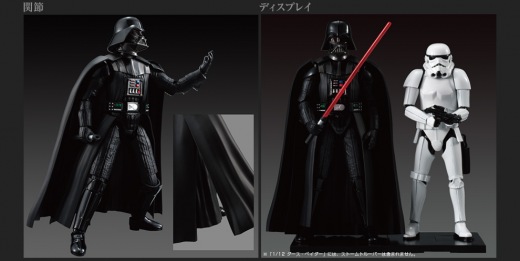 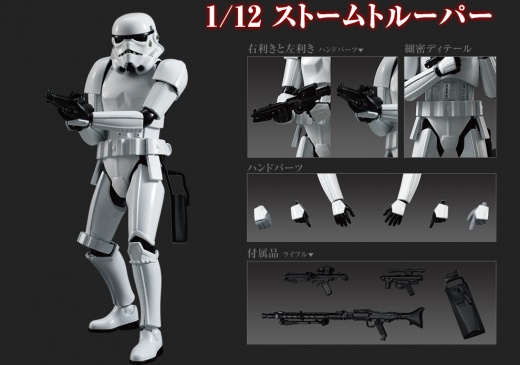 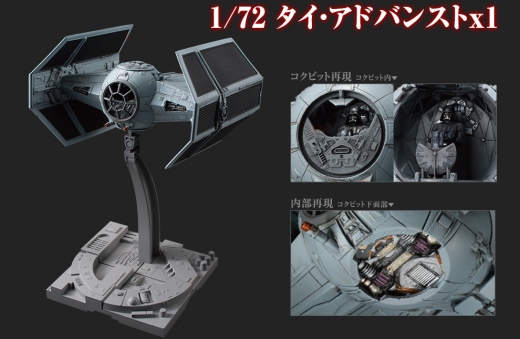 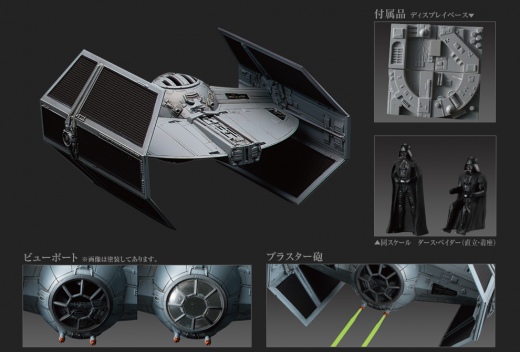 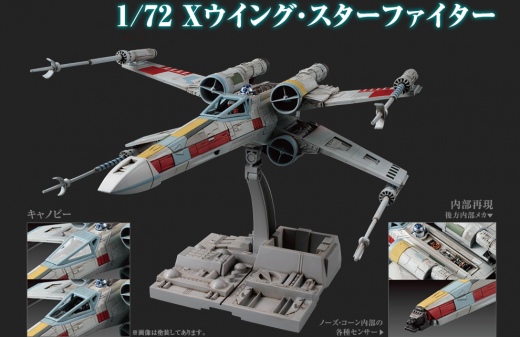