Celebrate the return of the fan-favorite MARVEL LEGENDS toy line in 2012 with this limited-edition preview figure.

Thor will run you about $25 and will be available exclusively at SDCC 2011. A small supply will then be made available for a limited time after SDCC on HasbroToyShop.com.

MARVEL LEGENDS THOR SPECIAL EDITION FIGURE
(Ages: 4 & up; Approximate Retail Price: $24.99 each)
Celebrate the return of the fan-favorite MARVEL LEGENDS toy line in 2012 with this limited-edition preview figure. THOR, the mighty AVENGER is featured in his latest comics-accurate costume in the classic 6-inch MARVEL LEGENDS scale, and in a premium package shaped like his hammer, MJOLNIR.

Check back to Marvelous News this coming Wednesday as we kick off our annual coverage of the 2011 San Diego Comic Con with a look at Preview Night. Then on Saturday, July 23 from 2:00 – 3:00 PM we will bring you live coverage of the Hasbro/Marvel panel where we should hear more news on the status of Marvel Legends for 2012. 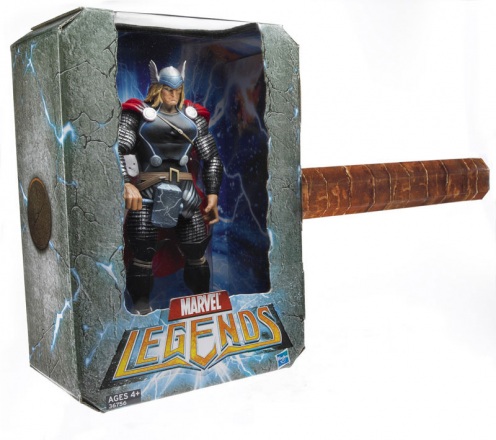 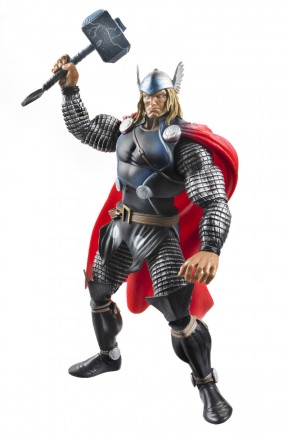