PickYourShoes.com is teaming up with MINDstyle to release the limited-edition SDCC exclusive NBA 18″ Kobe Bryant Collectible Figure by CoolRain. 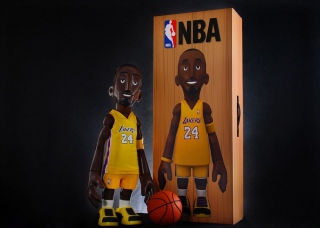 PickYourShoes.com is teaming up with MINDstyle to release the limited-edition SDCC exclusive NBA 18″ Kobe Bryant Collectible Figure by CoolRain. This is the first big limited edition vinyl figure from the All Star collection that features Kobe Bryant, Derrick Rose, Dwyane Wade and Dwight Howard.

This collector series presents another new direction for NBA collectible figures which are interpreted and stylized by popular Korea based toy designer, CoolRain taking the all star NBA players into a modern approach.

The figures measures over 18″ tall inches in height and is limited to 300 pieces worldwide.

Limited to 300 figures worldwide, after which no more of the home jersey version will be produced. The SDCC exclusive NBA 18″ Kobe Bryant Collectible Figure is a rare opportunity to secure a genuine NBA collector’s item. The NBA figure comes packaged in a special carry case along with a numbered collectors card at the suggested retail price of $299.99. Scheduled for pre-release on Wednesday, July 20th during this years San Diego Comic Con at Toy Tokyo Booth #5437, and exclusively online through www.pickyourshoes.com (beginning August 1st). The newest in a series of ATC figures; Kobe Bryant is a must have for any serious vinyl and sports fan collectors.

The MINDstyle x NBA 18″ Kobe Bryant Collectible Figure by CoolRain will surely sell-out at SDCC due to the limited allotment each day and only available thereafter through www.pickyourshoes.com. 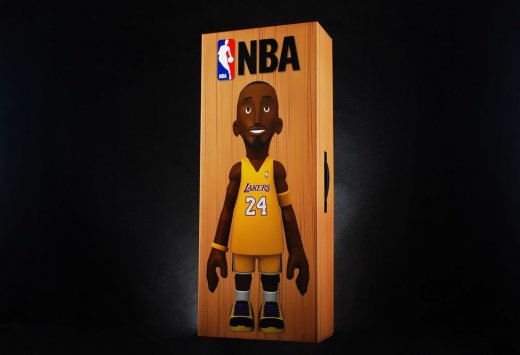 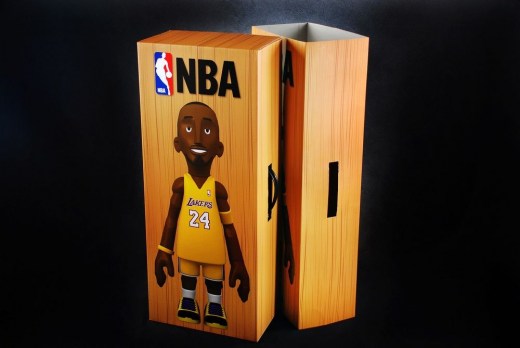