Hasbro’s much anticipated Marvel panel kicked off today at SDCC and from it we’ve got some exciting news to share!

Wolverine 6″ Legends that was shown previously at ToyFair will now be a Previews exclusive.

-Iron Man 3 Assemblers will see a Red Snapper and Mark 42, in addition to an off screen bonus armor which is a Wal-Mart exclusive.

-There will also be a 3.75″ Iron Man 3 Hall of Armor pack featuring Tony Stark and Mark 42 which will be an Amazon.com exclusive. Due out in October.

-Thor: The Dark World 3.75″ figures will feature the articulated movie line Hasbro has ever done. The line up includes two different Thors, Dark Elf, Loki. One more figure will be revealed on Sunday. Due out in October. 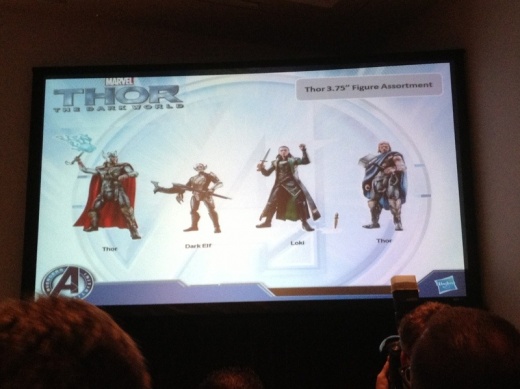 The Asgardian and Astonishing X-Men sets will be the remaining 3-packs.

In 2014 fans can look forward to Grim Reaper and Hyperion. More to come! 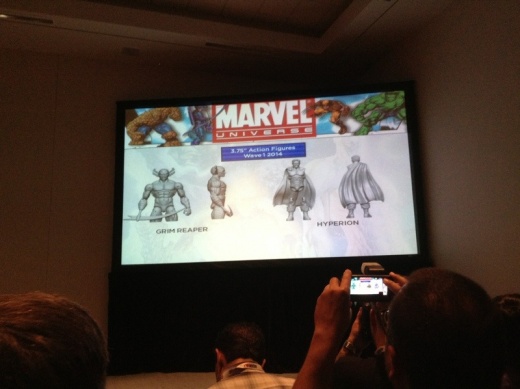 Marvel Legends
Marvel Legends wave 3 will be the final form of ML as we know it. To include Marvel Now: Thor, Agent Venom, Tigershark and Radioactive Man (variants), Moonstone and Songbird (variants), and Blizzard and Batroc (variants). The BAF will be modern Jubliee in 6″ scale.

In 2014, all Marvel Legends will have a movie tie in going forward… we can expect a new Captain America (Marvel Now), Baron Zemo, Red Skull (movie version), A.I.M. Soldier. There will still be obscure characters so it won’t all be movie based figures!

For variants they will no longer be running changes. They will now be packed one per case. So each case will now include 8 figures with variants. 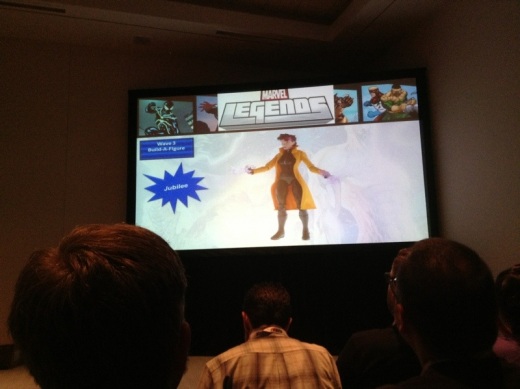 Spider-Man Legends
6″ Marvel Legends Black Cat was revealed for 2014. BAF Ultimate Green Goblin (he has flame add-ons kind of like the Human Torch). 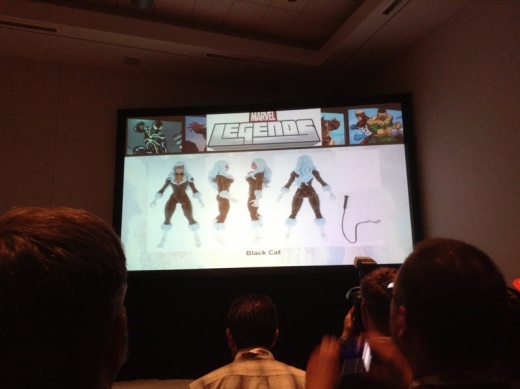 -6″ Star-Lord will be coming sometime next year. 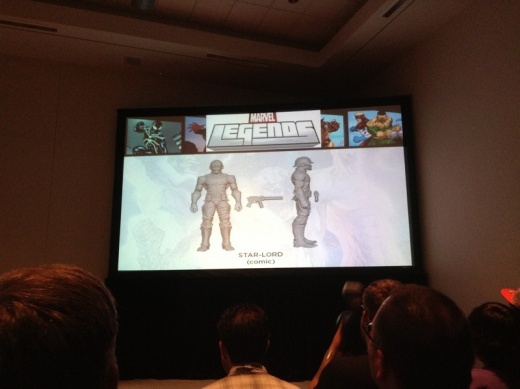 -There will be some more Captain America Winter Soldier reveals tomorrow in the Hasbro booth later today/tomorrow.