Check out the robotic influence on the next Avengers film after the jump!

The Marvel panel is going on right now in Hall H – We’ll have a complete recap after it is over for you. IN the meantime, the title and logo for the sequel to The Avengers has just been released. While most people were expecting it to be something about Thanos or the infinity gauntlet, the new title is a big surprise that is causing waves all through the net.

It is: The Avengers: Age of Ultron

Ultron was created by Hank Pym, so you can bet that means we’ll have Ant-Man in the roster.

Updated:
Just as the amazing Marvel panel was coming to an end, Marvel Studios President Kevin Feign returns to the stage to announce that he has one more person he’d want every to meet. Out walks none other than Joss Whedon, who announces that he has one more thing he wants to show everyone…

The room darkens and we hear a clanging noise with a bright red glow. There’s a voice over from the first Avengers film about needing our heroes to unite when the world needs them. The camera slowly pans out to reveal none other than the Ultron helmet followed by the the new logo and title: “The Avengers: Age of Ultron.” 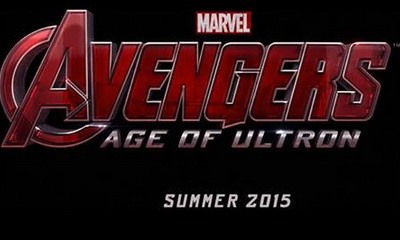