The 10-inch tall figure in a collaboration between Travie and MINDstyle, is set to drop today, Friday, 2:00PM, July 25th at Comic-Con at the MNDstyle/BAIT booth #4845.

What does a hip hop/pop star who’s travelled the world, had #1 records and been with one of the hottest female recording artists do when he wants to try something new? Make toys, duh! Travie McCoy from the famous rap-rock group, The Gym Class Heroes, and a true popster with one of the biggest anthems of a-few-years back, “I Wanna Be A Billionaire” with Bruno Mars is back in the mix, this time doing something for pop cultures biggest event, Comic Con instead of the pop charts. 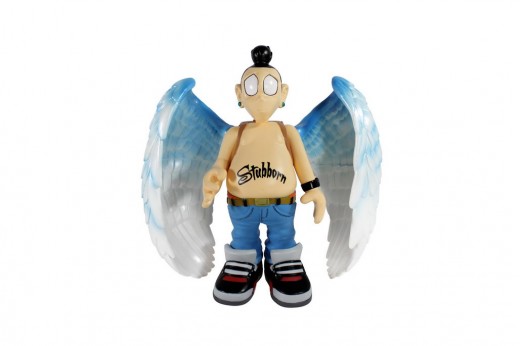 Dubbed, “IKARUS,” this 10-inch tall figure in a collaboration between Travie and MINDstyle, is set to drop this today, Friday, 2:00PM, July 25th at this year’s Comic Con function in San Diego at the MNDstyle/BAIT booth #4845; and will be signing his new art toy release again on Saturday, 1:00PM. Edition is limited to only 500 PCS.

Travie is no stranger to art as prior to his music career, he attended art school and majored in fine art and illustration. However, he dropped out at age 20 to focus on his tattoo work and his musical career. At one time, McCoy was working at a tattoo parlor, teaching art at a Boys & Girls Club in the daytime, and working at a gas station at night. He decided to quit all three jobs and work on art full-time, opening an art show with his friend. He lived off of the money he made from selling paintings before Gym Class Heroes became successful and went on the becoming a top recording artist.

Featuring a whole of symbolism between the blunt, the tattoo and the wings, this little man might be the perfect conversation starter for collectors and fans alike… 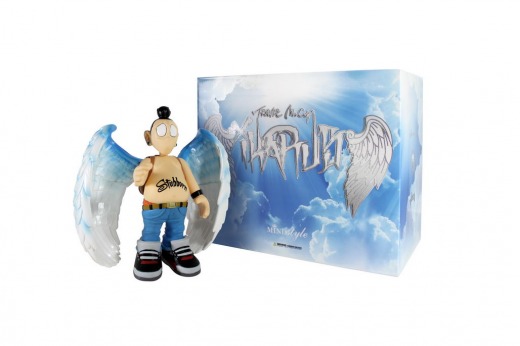