Courtesy of Toyark, here are some of Mattel’s upcoming MOTU offerings that have been put out on the con floor. Although the vintage line may be coming to an end, it does not mean it’s the end of the 6″ line all together. 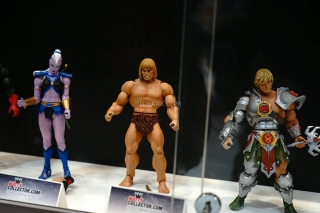 From the Mattypalooza panel, here’s what fans can expect in 2014 and 2015. As you can see, the line is hardly dead…