The Truth About Factory Entertainment’s Ring of Dracula

The ring of Dracula is one of those weird collectibles that has both excited and frustrated fans for the past several years, but Factory Entertainment’s version might be the ultimate Dracula collectible.

The ring of Dracula is one of those weird collectibles that has both excited and frustrated fans for the past several years. When it popped up a few years ago from Quantum Mechanix, there were problems that made it hard to get and issues with production that didn’t necessarily give the customers what they were looking for. There was also a bit of controversy about the ring’s authenticity. 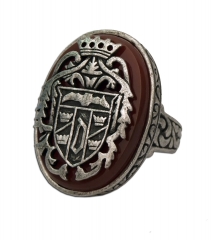 When it was first marketed, the ring was tagged as “Bela Lugosi’s Dracula Ring.” Hard core collectors were the first to cry foul because, while the original ring was in fact worn by Bela, its wasn’t in “Dracula.” He wore it while playing the role of Dracula in the 1948 film, “Bud Abbott Lou Costello Meet Frankenstein.” 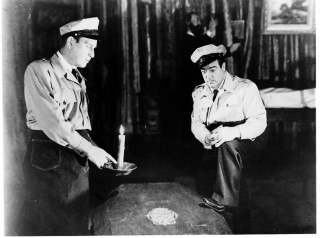 As you can imagine, that is not the kind of news that fans were looking for. That’s why I was confused when I heard that the new prop replica and collectibles company Factory Entertainment had decided to try and bring it back to market. After a little digging, I was able to find out what the real deal is behind the ring, what will be different about this version compared to the last release and why it might just be one of the ultimate collectibles ever for Dracula fans.

You see, QM is a great collectibles company… you should see of their Serenity stuff… but they totally missed the mark on the ring. It was almost like they didn’t really know what they had, or at least they decided not to tell anyone.

This is a ring with some real Dracula history behind it. Here’s what Factory Entertainment has been able to prove:

The first official wearing of this ring on screen was not Bela Lugosi, but in fact it was John Carradine. He wore it while playing the role of Dracula in both 1944’s “House of Frankenstein” and 1945’s “House of Dracula. 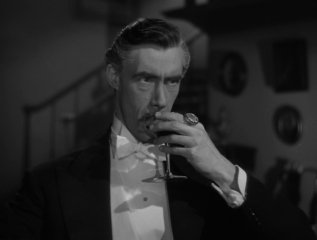 After that, Lugosi wore the ring in “Bud Abbott Lou Costello Meet Frankenstein,” but that wasn’t the end of the story. After sitting around for a couple decades, the ring popped back up on the next Dracula, Christopher Lee. Younger readers might know him better as Sauruman from Lord of the Rings or as Count Dooku from George Lucas’ attempt to molest my childhood. Lee was the most prolific Dracula of the 60’s and 70’s and in many of his pictures, he was wearing that same ring.

After Lee was done with the ring, it became a prized collectible of famed writer, Forrest J. Ackerman, who wore it nearly every day.

Now, Here’s the extra legend. When the team responsible for making the replica for Factory Entertainment was examining the carnelian stone on the ring, they could see that the crest on the ring’s face had not always been there. There were markings for a different crest that had been attached to the ring before that. After some research and a lot of movie watching, the team is almost positive that before it had the Dracula crest on it, the exact same ring (with a different crest) was worn by the legend, Lon Chaney Jr when he played Dracula in the 1943 film, “Son of Dracula.”

So, let’s recap. This is pretty much the ultimate Dracula ring. It was definitely worn by:
John Carradine,
Bela Lugosi, and
Christopher Lee

and there is a really good chance that it was also worn by Lon Chaney Jr.

It’s like the only two vampires in Hollywood who haven’t worn this thing are Robert Pattinson and Count Chocula.

I first saw Factory Entertainment’s version of the ring back at Comic Con and it stuck in my head since then because I just couldn’t figure out for the life of me why they were re-doing a ring that was just done a few years ago. I mean, they just did that to “Death at a Funeral” and let me tell you… the second one sucked. After a couple calls, I was able to find out what was going on and why it might be worth a look.

First, the casting is improved. Forrest J. Ackerman was a superfan and he wore that ring almost every single day that he owned it. In other words, after 20 years, it was pretty much beat to crap. When Factory Entertainment went to make the replica, they didn’t just cast it off the original. They cast it and then they brought in some artists to improve the cast so the ring would be as close as possible to the condition it was in while it was used in the films. 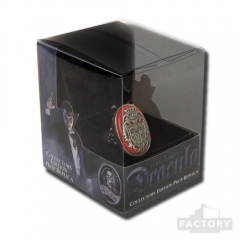 Also, there will be a two different versions of the ring. First, there’s a metal finished version with a stone replica in it that you can purchase for $49.99. Then, there’s a 600 piece limited edition version which is cast from sterling silver and which features a semi-precious Carnelian stone. This one is definitely for the uber fans and will cost $199.99. 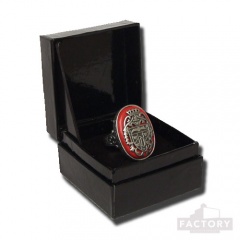 One thing I was told about the two versions is that fans should consider that no two pieces of Carnelian look the same and the stone actually changes in color over the years as it absorbs the sweat and oil from your hand. That is the main reason they made the less expensive ring. In that version, because it is not a real stone, they were able to make sure that the rings all had the blood red look that fans have come to expect.

I was never able to get a close up look at the one that QM released, but with this one now available for pre-order, I am hoping to get the chance to slip one on my finger in the near future. 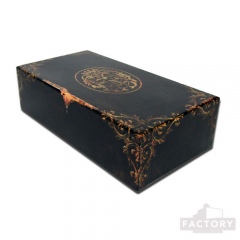