Although this mech originally lacked weapons, it was later upgraded for combat with the Koushiryoku Missile for offensive battle so that his daughter, Sayaka Yumi could pilot Aphrodite A alongside Koji Kabuto in Mazinger Z.

When I was a kid, I grew up watching Tranzor Z. One of the things about the show that left an indelible mark on my life was a robot with missiles for boobs. In the years since I had watched it, I told many of my friends about it, but they never believed me. I wasn’t until after college that I learned the show was only called Tranzor Z in the US. Everywhere else, it was known as Mazinger and the robot I couldn’t forget was Aphrodite A. Now, Threezero has unveiled the full image gallery of their Aphrodite A figure and it is even more spectacular than the robot I remember. 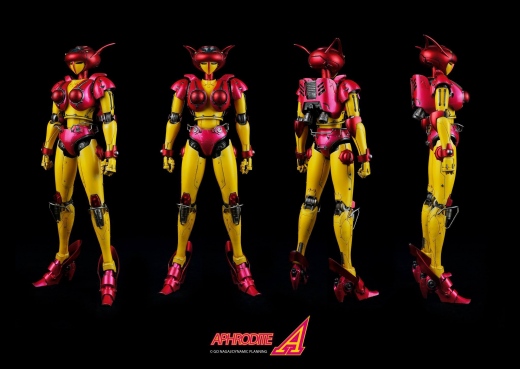 We want to introduce you Aphrodite A, which is the second figure from the Mazinger Z collectibles line. Aphrodite A is a fully-articulated (including the fingers) and highly detailed collectible figure that stands 15″ (approximately 38cm) tall and includes light-up LED eyes, cockpit and afterburners on her backpack . In correspondence to the upgrades she receives in Mazinger Z story, Aphrodite A also includes Koushiryoku Missile that actually eject from her chest.

We will open the pre-order for this figure on September 5th 09:00am Hong Kong time at our online store: www.threezerostore.com

Aphrodite A price at www.threzerostore.com is going to be USD 290 / HKD 2250 and it will be coming with the following exclusive item: severed head of Garada K7. We want to share two concept art images with you (please see the album), while we are working on the final version

Aphrodite A is a giant mech originally built as a symbol for peace by Dr. Yumi from the remains of Aphrodite for geological research. Although this mech originally lacked weapons, it was later upgraded for combat with the Koushiryoku Missile for offensive battle so that his daughter, Sayaka Yumi could pilot Aphrodite A alongside Koji Kabuto in Mazinger Z.

Mazinger Z is a Japanese manga written and illustrated by Go Nagai in 1972 that has since been adapted and continued in various multimedia formats including various manga, anime and video game incarnations. The original manga and anime tell the story of Koji Kabuto and the titular mecha Mazinger Z as they fight the Mechanical Beasts of Dr. Hell with the support of his partner and love interest, Sayaka in Aphrodite A, and his younger brother Shiro Kabuto. 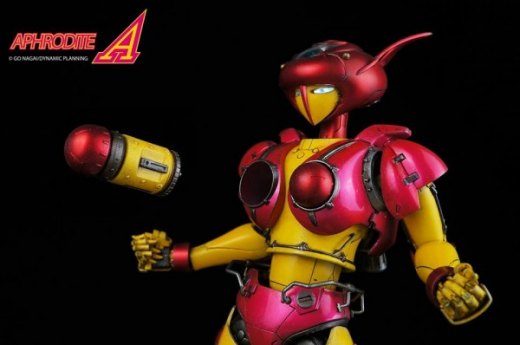