Here are some official images of Hasbro’s upcoming Marvel Universe 2011 Wave 4 and 5, as well as two comic 2-packs. 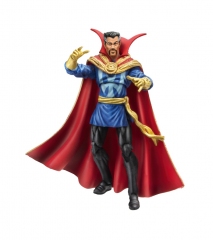 Here are some official images of Hasbro’s upcoming Marvel Universe 2011 Wave 4 and 5, as well as two comic 2-packs. The figures include:

MARVEL UNIVERSE 3.75” Action Figures
(Approximate Retail Price: $7.99; Ages 4 & up; Available: Now)
The MARVEL UNIVERSE 3.75” ACTION FIGURE line is continuing in 2011 with its exceptional articulation, poseability, and spot-on design. This year’s lineup of great classic characters from the MARVEL COMICS universe features heroes and villains from various comic book storylines, including WORLD WAR HULK, SPIDER-MAN 2099, WOLVERINE and CABLE. Fans can update their collections with the latest and greatest from Hasbro! Each figure sold separately.

MARVEL HANDFUL OF HEROES ASSORTMENT
(Approximate Retail Price: $4.99; Ages: 4 & up; Available: Now)
The ultimate battle of good and evil are right in the palm of your hand! This set of micro-sized molded figures comes with eight heroes and one super secret figure that will be a mystery until you tear open the package!

MARVEL UNIVERSE – MASTERWORKS SENTINEL WITH WOLVERINE
(Approximate Retail Price: $49.99; Ages 4 & up; Available: Fall 2011)
This lumbering giant means business! One of the biggest, baddest villains in the MARVEL UNIVERSE is here and he’s ready to take out the X-Men! THE SENTINEL measures a monstrous 16 inches tall and is packed with electronic features including a huge bank of battle sounds. Also includes a 3.75” WOLVERINE figure so that you can stage the 1st battle as soon as you open the box! Requires three “AAA” batteries, included.