Along with the Living Dead Dolls, which we haven’t seen yet in this year’s Toy Fair Coverage, Mezco has always made a name for themselves in horror. Between Mez-its, plush, and stylized figures, they’ve been keeping fans entertained for a couple years now with their special take on the world’s most famous movie monsters. This year, along with the modern monsters they have earned their reputation on, they are also launching their Universal Monsters line and it looks great. We love their take on the Mummy and Frankenstein Monster especially. We know some companies have struggled to make this license work in the past, but We really like Mezco’s unique approach. 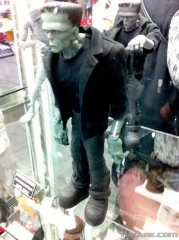 Also, we love their new horror plush from series 2 of their Creepy Cuddlers line. My favorite is the one legged rabbit… not so lucky now, is he? 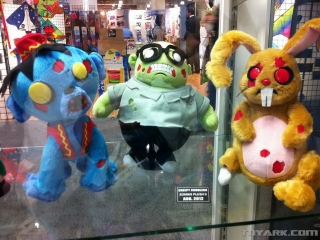