What If Tim Burton Drew The Avengers?

Have no fear, you can always rely on Earth’s… Emoiest heroes?

The Geeksaresexy team has stumbled across a couple of really cool drawings that we wanted to share with you. With Frankenweenie out, there’s a lot of renewed interest in the art style of Tim Burton. I’ve always loved Tim Burton’s Art. Nightmare Before X-Mas and Edward Scissorhands are two of my favorite films… but let’s be honest with ourselves, the dude lifted his entire style from Edward Gorey and early 20th century German expressionism films like the silent version of The Cabinet Of Doctor Caligary.

Regardless of that, his stuff is still cool as hell and that means others will pay homage to him in the same way he’s done to the artists that came before him. One such artist is La Chapeliere Folle. They’ve created something that is actually not that far off from the realm possibility, especially now that The Avengers and all of Marvel are Disney Property.

So, without any more hold-up, here’s La Chapeliere Folle’s take on the Avengers if they were drawn by Tim Burton. 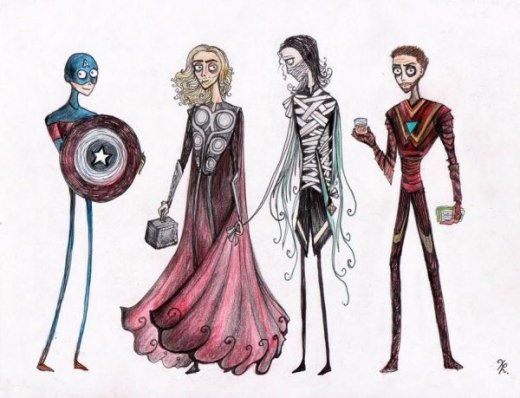 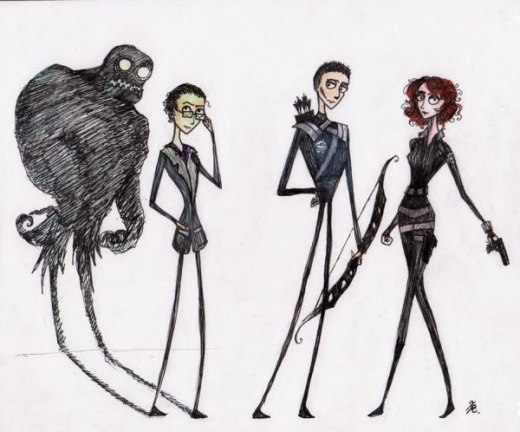