The tablet took him 10 days to complete and comes with a fully functional touchscreen, built-in camera, microphone, four USB slots, LAN socket and is powered by a lithium battery. 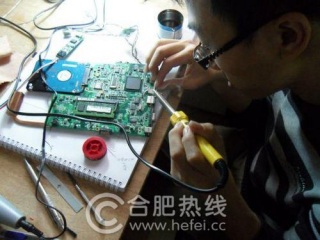 What would you do if your girlfriend wanted a tablet? Do you simply go out and purchase one or do you build and customize one from scratch? Chinese art student Wei Xinlong decided to go with the later, and all in the name of love.

Wei who is in a long distance relationship with Sun Shasha was determined to show his girlfriend how committed he was to their relationship so he did what any nerd in love would do, and built her a one of a kind custom tablet PC.

Despite being an art student, Wei who is a student of China’s Northeas Normal University, in Changchun, has a background in electronics and engineering. Most of the components for his labor of love were bought from a second-hand market or came from dismantled laptops. Others were more resourcefully compiled by himself such as a heat conductor he made from an aluminum soda can and a chopstick.

The tablet took him 10 days to complete and comes with a fully functional touchscreen, built-in camera, microphone, four USB slots, LAN socket and is powered by a lithium battery. Although it isn’t as powerful as a genuine tablet it can be used to read e-books, watch movies, listen to music and play video games. It cost Wei 800 yuan ($126).

Wei has since become a net celebrity in China, after his story went viral online.