Awesome “We Are Young” Parody – “We’re Not Young”

I find this parody to be simultaneously hilarious and very, very depressing.

I find this parody to be simultaneously hilarious and very, very depressing. the folks over at Yahoo’s Sketchy Comedy have come up with a great new take on the hipster anthem “We Are Young” by the band, Fun. Seriously… they named themselves fun. That alone makes me want to punch them in the face.

The parody, which focuses on the harsh reality of hitting your thirties has already racked up over 600,000 views with good reason. It isn’t anywhere near the 35,000,000 views that the original got, but at least this one doesn’t feel like an ad for a Prius.

On the off chance that you live in a cave or have been in a coma for the last few months, here’s the original song, “We Are Young” 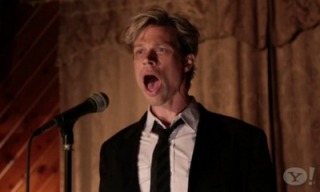