Check out the most video gamey version of Video games that you’ve ever heard!

Alex Hanly and Jason Church from Roboboots have created the most video gamey version of Video games that you’ve ever heard! By now, you’ve heard the smash hit from Lana Del Rey: “Video Games.” In the original, it seems to be mostly about a woman who is subjecting herself to a relationship where she’s being severely neglected because her man is playing video games.

In this new, and less degrading version, the Roboboots team created an amazing remix that is about another tragic romance, but rapped in context of your favorite games. 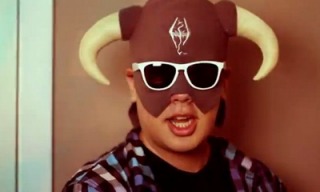