New Image Released For ‘Rise of the Guardians’

With a great story and Guillermo Del Toro, this is shaping up to be one of my most anticipated animated films of the year!

With a great story and Guillermo Del Toro, Rise Of The Guardians is shaping up to be one of my most anticipated animated films of the year! It is like “The League of Extraordinary Gentlemen” meets every childhood belief that you ever held dear! 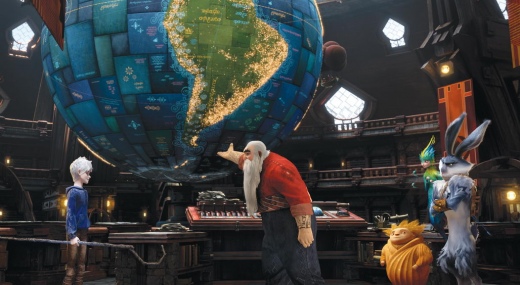 Check out the first trailer for the film HERE

Official Synopsis:
Rise of the Guardians, based on the forthcoming books by William Joyce, will be released on November 21, 2012. It is directed by Peter Ramsey (Monsters vs. Aliens: Mutant Pumpkins from Outer Space) and co-directed by Joyce. The film is being produced by Christina Steinberg (Bee Movie, National Treasure) and Nancy Bernstein, long-time head of Production at DreamWorks Animation. Rise of the Guardians is being written by Pulitzer Prize winner David Lindsay-Abaire (Rabbit Hole) and executive produced by Guillermo del Toro and Michael Siegel. It stars Chris Pine, Alec Baldwin, Hugh Jackman, Isla Fisher and Jude Law. More than a collection of the well-known childhood legends, Rise of the Guardians is an epic adventure that tells the story of a group of heroes – each with extraordinary abilities. When an evil spirit known as Pitch lays down the gauntlet to take over the world, the immortal Guardians must join forces for the first time to protect the hopes, beliefs and imagination of children all over the world. 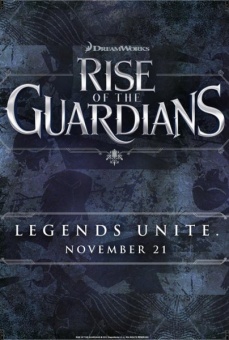