Can We Evaporate Our Way To 2.85 Million Megawatt Hours of Electricity

The answer is definitely maybe!

We’ve used water to make energy and Steam to make energy, but this is the first time we’ve ever really tried to make energy from water that naturally evaporates. Now, researchers are positing that we can get as much as 2.85 million megawatt hours of electricity per year from evaporating water in the US, that doesn’t even include the great lakes. So, how much power is 2.85 million Megawatt hours? Only enough to power 2/3 of the homes in the US for a year!

So that’s the good news, tons of potential energy is currently going to waste in the form of evaporation. Here’s where it gets tricky. To capture the energy, you’d need to build engines that cover the surface of large bodies of water, irrigated fields, sheltered bays or other areas where water evaporation is significant.

Prototypes for the evaporators have pretty much all followed the model of using materials that expand when wet and then shrink as they dry. they’ve even used tape covered in bacteria. The hope is that the expansion and shrinking that occurs can be used to power generators as the water collects and evaporates. AN added benefit is that this type of generator doesn’t even need sunlight to function, so it actually has some benefits over solar in that regards. 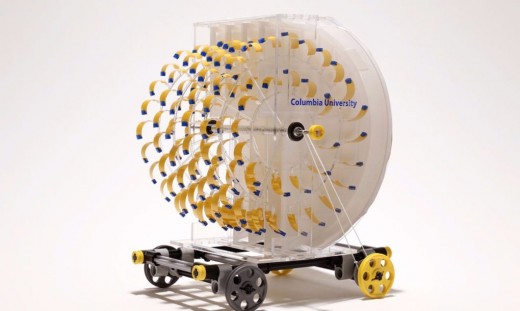