What’s next, will China send Goku to take out Japan?

China and Japan get along almost as well as Donald Trump and Mexico. While there’s no actual war going on between the countries now, there is still a heck of a lot of military posturing. That brings us to the reason for this post. China was showing off all the vehicles and weapons they could use to crush the Japanese. If you don’t look too closely, it could be kind of intimidating. Too bad, they had to go and slip in a Gundam around the 18 second mark. It kind of takes the punch out of their threat. What’s next, will China send Goku to take out Japan? 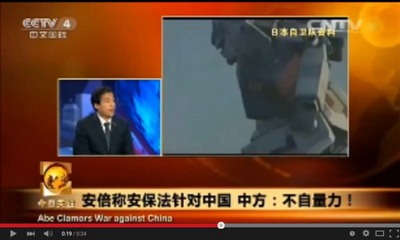