Chinese Beggar’s Nice Handwriting Earns Himself $7,800+ And His Own Typeface

“Chui’s writing is quaint and elegant. It is so beautiful that we believe that with some development it will be widely used in advertisements…” 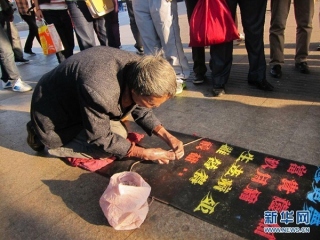 Chui Xianren, a 49-year old beggar in China with “nice handwriting” recently caught the attention of the Chinese company (Founder Electronics) after a Weibo user (CMYKer) posted a picture of Chui’s work. Impressed by his elegant strokes, the company has since signed Chui to a contract agreeing to transform his typography into a font typeface named “Xian Ren.”

The company has already paid him 50,000RMB (about $7,800 dollars) in advance to support Chui’s living expenses as he works on his font collection. According to reports, Chui’s font will be made into a personal version and a commercial one, the latter charging more with about 2000RMB for one-year’s authorization.

“Chui’s writing is quaint and elegant. It is so beautiful that we believe that with some development it will be widely used in advertisements, and it can also be applied to the titles of magazines and as furniture carving.”

Chui, from the Hei Longjiang province in northeast China, has been unable to work since he was 18 after an accident at work involving explosives that wounded his face, hands and paralyzed his index fingers.
Chui has been begging for 31 years, and despite being sponsored by Founder Electronics, still chooses to beg on the street with his chalk and beautiful handwriting. 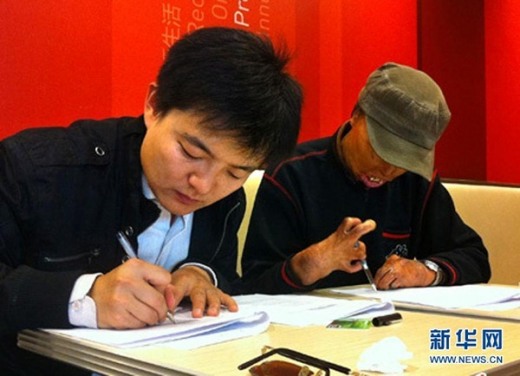 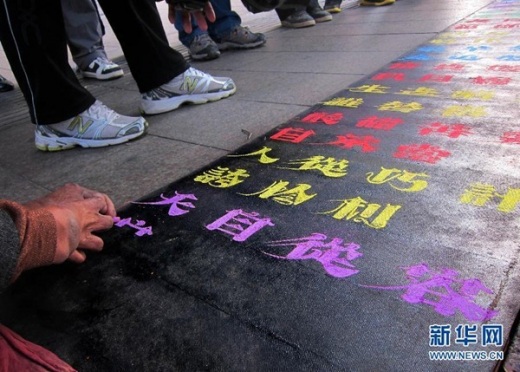