A legion of gifted artists are putting their own spin on a legendary Star Wars design.

Disney has been doing custom vinyl shows for years, all the way back to the Sitch Exhibit 626 show and 2010’s Project Vader. Now, in honor of this year’s Star Wars day, they are presenting: Star Wars Legion, an art show dedicated to tricked out versions of a vinyl Stormtrooper helmet that they sent to a bunch of amazing artists from both within and outside the Disney/ Lucasfilm organization. If you are in LA, you can check out the exhibit for free, starting today at the Robert Vargas Gallery. If not, check out this mega gallery that we’ve put together of the show’s highlights from Mashable, Stupiddope, and Toysrevil. 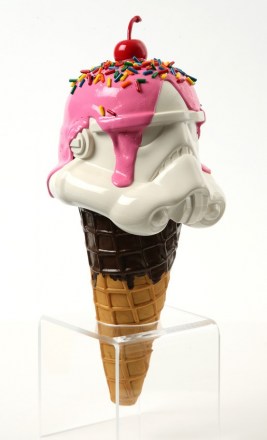 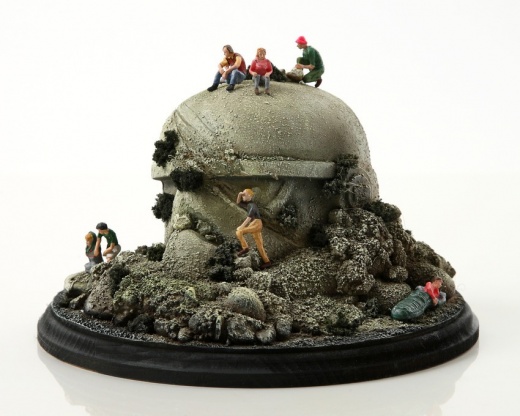 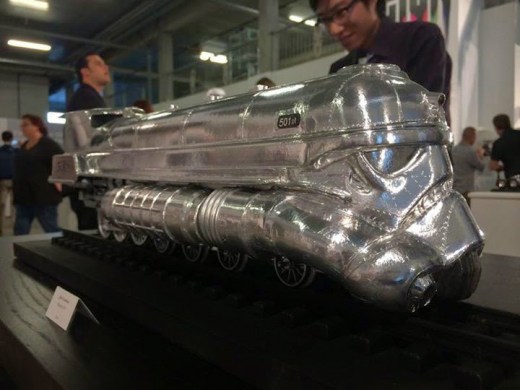 Here’s the official announcement followed by our full gallery
A legion of gifted artists are putting their own spin on a legendary Star Wars design.

Lucasfilm, Disney Consumer Products, and Neff announced today the upcoming Star Wars Legion exhibition. Artists from across The Walt Disney Company including Lucasfilm, Industrial Light & Magic, Marvel, and Pixar — as well as select street artists chosen by Neff, and celebrity Star Wars fans — have volunteered to create individualized interpretations of the iconic Stormtrooper helmet in celebration of the global fan holiday, Star Wars Day, or May the 4th.

“Creativity has been a hallmark of the Star Wars franchise for over 35 years,” said Troy Alders, Lucasfilm creative director for Disney Consumer Products. “May the 4th is a perfect time to celebrate this fantastic group of artists’ unique creations and share them with Star Wars fans.”

“As a lifelong Star Wars fan, it’s been a dream of mine to collaborate with Lucasfilm,” said Neff founder and CEO, Shaun Neff. “Teaming up with some of the most prominent street artists from around the world, we are thrilled to work alongside The Walt Disney Company — to reimagine such an iconic piece of cinematic history as the Stormtrooper.”