“I Compared the Size of 174 Robots: Microman to Gurren Lagann”

Between the Jaegers of Pacific Rim and the unveiling of the Sentinels for the upcoming X-Men: Days of Future Past, this is the summer of the giant robot. But, you’ve got to remember, robots come in all shapes and sizes. Niconico Video by user Monako knows it, and he’s created a video that puts nearly two hundred of his favorite robots in order by size!

The video, “I Compared the Size of 174 Robots: Microman to Gurren Lagann” takes a lot of the most famous Japanese robots from anime and cinema, as well as a few from western culture, and shows us just how they stack up next to each other. 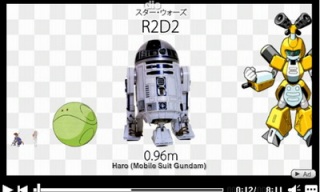