They are calling the promotion their “Cape-A-Bility Challenge” and it involves using a newly created super villain: “Dr. Evil Unemployment” to get people inspired about finding a job.

In Orlando Florida, the unemployment level is a bit higher than the rest of the country… close to around 10.3%. Many people turn to a government funded program called Workforce Central Florida. Now the organization has come under fire for a $73,000 program that gives out super hero capes to the unemployed.

They are calling the promotion their “Cape-A-Bility Challenge” and it involves using a newly created super villain: “Dr. Evil Unemployment” to get people inspired about finding a job.

The goal is to give out 6,000 capes to people who either become fans of the organization on Facebook or take their photo with a foam cut out of Dr. Evil Unemployment.

Not only do participants get a snazzy new cape, but they get a chance to win up to a $1,000 gift pack.

The agency says that the program will generate awareness of WFC and their programs.

Central Florida currently has an estimated 116, 000 unemployed, many of whom look at this promotion as trivializing a major problem that they are trying to find a solution to.

They could have spent the money on job training programs or on outreach to companies so that they can bring more jobs to the area, but instead they went with the capes.

The agency has defended themselves by saying they were trying to “create the face of unemployment and allow people to have a little fun with it.” They went on to say: “Everyone is a superhero in the fight against unemployment.”

Well, the capes might not give these people magic powers that help them provide for their families, but maybe… if they are lucky, they can use them as blankets when they are booted out of their homes and living on the street. 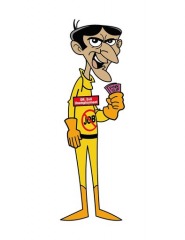 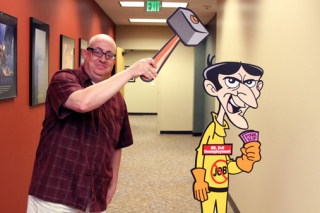 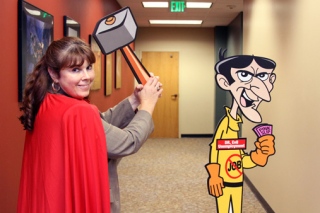