What better way to celebrate tonight’s return of Futurama than a re-creation of the opening credits in live action!

In just a couple of hours, the new season of Futurama will return for a new season on Comedy Central. To celebrate the new episodes, Comedy Central recreated the entire opening credits sequence in live action.

If we are lucky, maybe they will even created some puppet based webisodes that fit in line with this set of opening credits. It kind of reminds me of the first couple times that Strongbad was done in puppet form instead of as a webtoon.

I wonder whatever happened to Strongbad. 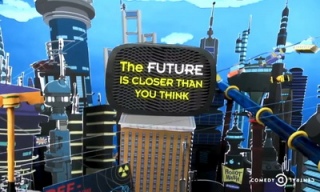 One thought on “Futurama Opening Credits Re-Created in Live Action”